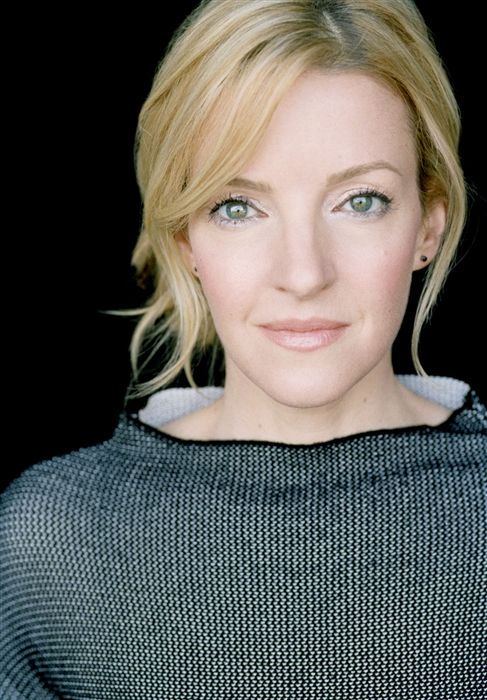 3/7/2017
By Communications
Alumna Alet Taylor ’88, an actress and writer living in New York and Los Angeles, returns to La Jolla to play the role of Torrey and understudy Katherine in Disney’s new musical Freaky Friday at La Jolla Playhouse. Based on the celebrated novel by Mary Rodgers and the Walt Disney Motion Pictures, the story is about a mother and daughter who magically swap bodies for 24 chaotic hours.

After recently playing dreary and doomed characters in Grapes of Wrath and on Law & Order: SVU, Taylor is enjoying the upbeat, comical story of Freaky Friday. “It’s lovely to be part of something so uplifting with a beautiful message of inclusiveness, and appreciating and loving who you are,” says Taylor. “It’s a pleasure to go to work every day and share that message and work with a cast that is so supportive, especially Heidi Blickenstaff, who plays mom, Katherine, and Emma Hunton, as teen daughter Ellie.”
Thinking back on her time at La Jolla Country Day School, Taylor remembers it with great fondness, sharing that being in choir with Choir Director Keith Heldman is where she learned to find her singing voice and how to hold her own harmony. She also affectionately remembers being in Grease with drama teacher and director Lynette Winter.
While many teachers left a lasting impression, honors English teacher Burton Lee had the most impact. “The teachers kept telling me that whatever was going on inside my head and my heart was the right answer,” said Taylor. Mr. Lee was especially supportive and encouraged her to follow her instincts. “I will always remember those moments of Mr. Lee saying, ‘You do know what you’re talking about; you do know what you want to do. You’re afraid to say it, but it’s actually in you.’” she added.
Taylor has taken on a teaching role teaching musical theater classes at the American Musical and Dramatic Academy and master classes in New York City at Pace University. “I love teaching storytelling, which is what you need to do in musical theater. If you have a fantastic voice that’s amazing, you do have to tell the story with that voice. There are plenty of people who tell lovely stories in musicals who have mediocre voices, but they’re fascinating to watch. It takes all types and that’s my favorite thing to teach. I like helping students figure that out. To be on faculty full-time would be a dream.” Taylor hopes to return to LJCDS to host workshops with performing art students and will be a presenter at Career Day on Friday, March 17.
Going forward, Taylor will finish the run of Freaky Friday, extended in La Jolla until March 19, and then travel with the rest of the cast to Cleveland and Houston; a sitcom she wrote is being produced this summer by a new network; and she continues to audition for TV and film in Los Angeles. Her most important job is being a mom, and she says the rest of it feels like gravy. With her younger two children attending school in New York and her husband performing in Sunset Boulevard with Glenn Close, Taylor tries to stay in New York, but the opportunity to be in Freaky Friday and come back to La Jolla was too good to pass up. When asked how she manages her work and priorities, she shares, “I didn’t think I could keep all the tabs open in my head but I could, I was much stronger than I thought I was. You’re capable of a lot more than you think and that’s the push I needed from LJCDS. I still have way too many tabs open in my head, but it’s fun! I don’t want to be well rested at the end of my life.”