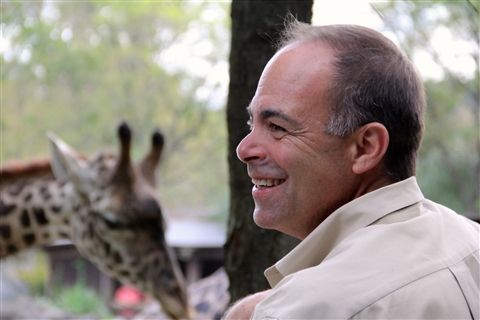 4/21/2017
By Tiffany Tran, director of marketing and communications
It’s no secret to any cynophile (dog lover) or ailurophile (cat lover) that humans can form a special bond with animals that brings a sense of fulfillment to our lives. From household pets that greet us at the door, to service dogs that guide the blind, to livestock that provide nourishment, to characters in children’s books, animals impact human lives every day. Yet, our understanding of their personalities and behavior is limited. 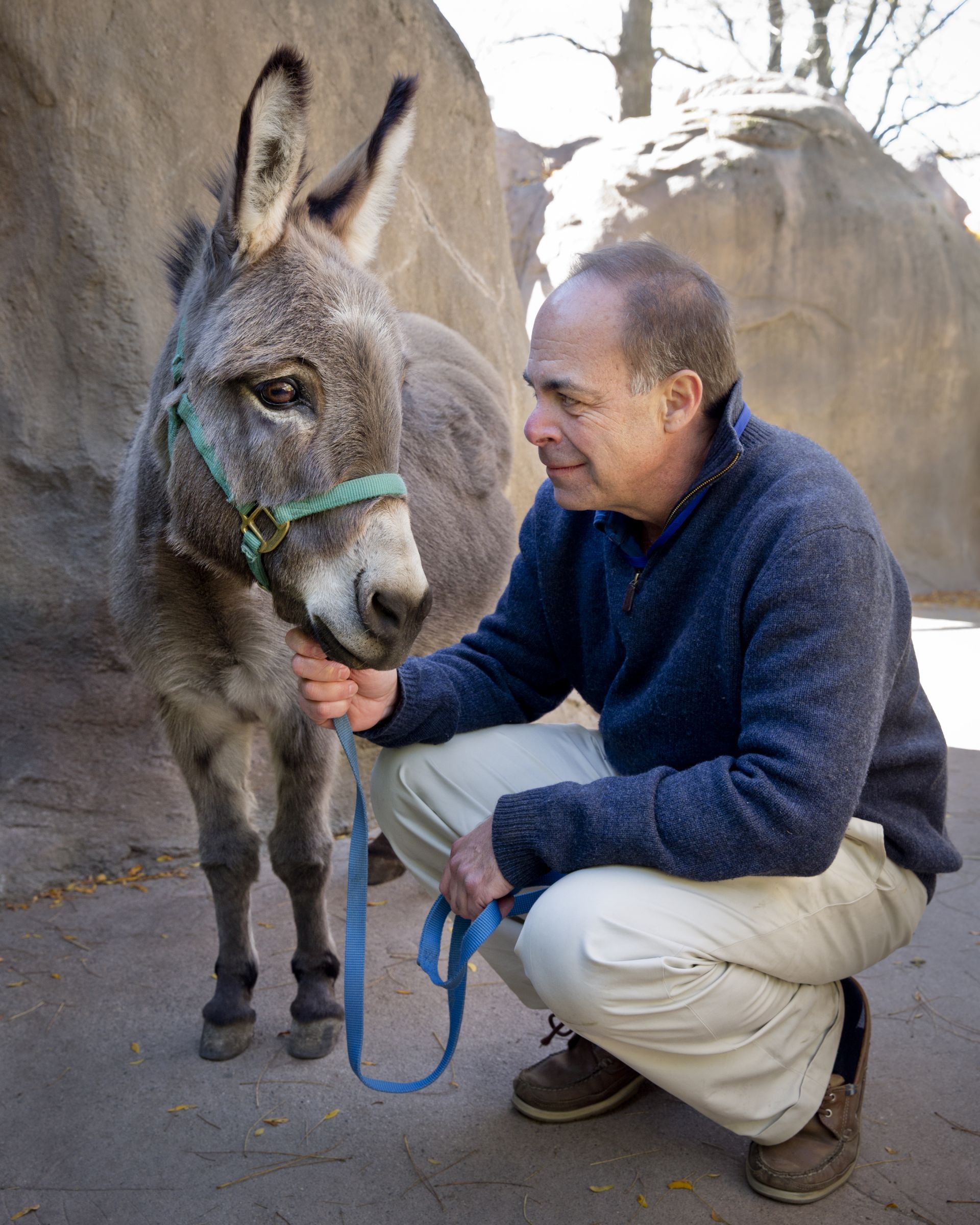 Dubbed the “animal whisperer” by the New York Times, Vint Virga ’75 has spent 30 years as a clinician and the last 17 years as a veterinary behaviorist unlocking new insights on the inner lives of animals. With a camera and notebook in hand, he spends more than 1,000 hours a year observing animals in homes and zoos to resolve behavioral concerns that pet owners and zookeepers may feel are insurmountable. His top priority is to improve the lives of animals and ensure they are living as comfortably as possible in captivity.
The ability to interpret animal behavior requires decades of veterinary practice, patience, curiosity and instinct. From treating giraffes with eating concerns to depressed snow leopards to brown bears with obsessive compulsive disorder, Virga plays a vital role in enhancing the wellbeing of zoo animals both nationally and globally, as one of 73 board-certified veterinary behaviorists in North America and the sole specialist in zoological behavioral medicine.
For Virga, every patient is unique, making every case a new challenge. In his book, The Soul of Living Creatures: What Animals Can Teach Us About Being Human, Virga shares the story of the determination and persistence that was required to help a reclusive ocelot named Yaku, who withdrew into hiding from dawn to dusk and eschewed meal times. Yaku’s progress was slow, but Virga and the zookeeper’s patience and tenacity eventually led to his greatest turning point after 24 months.
Zoos play an important role in research, education and conservation efforts. However, there is considerable anti-zoo sentiment and controversy worldwide due to the discomfort and stress that captivity causes to animals. Virga is the first to admit that no zoo is perfect and many possess weaknesses—some of which have left him feeling haunted, especially early in his career. Virga has channeled what unsettled him to inspire the changes he hopes to see. “My commitment and passion are very much to improve the lives of animals right now,” he says. “There’s an immediate need for me to help these animals while balancing what I have envisioned for the future when our children are grown up.”
Virga is committed to not only working with animals but also with zookeepers themselves to bring about changes for improvement. In the future, he hopes more zoos will model after wild animal parks like San Diego Zoo Safari Park or Disney’s Animal Kingdom, where animals are offered a more naturalistic setting, increased range of habitat and cohabitation with mixed species. He wishes for animal education in zoos to evolve to be impactful and meaningful. “It’s not about teaching people facts about animals but engaging their hearts, minds and spirits to be inspired by these animals,” he says. “We’re not going to save species around us by providing facts about animals nearly as well as if we emotionally and spiritually inspire them to do so.”
The Study of Animals 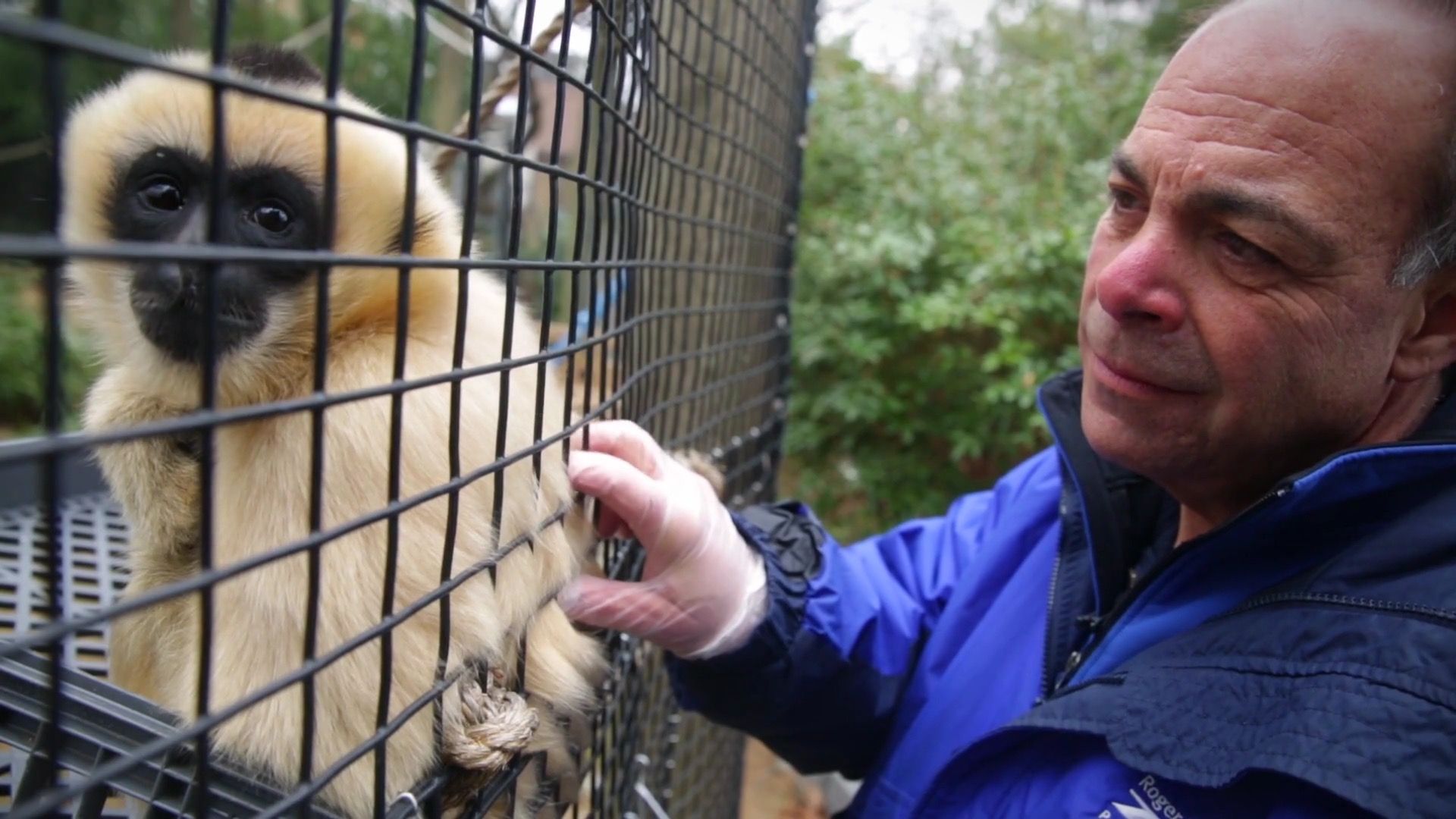 When Virga enrolled in veterinary school at the University of California, Davis (where he also earned his bachelor’s in animal science), veterinary behavioral medicine didn’t exist as a field of study. He worked in general practice, including the emergency clinic for several years, before enrolling in a postgraduate behavioral medicine/clinical animal behavior residency at Cornell—a highly selective program at a time when there were only five behavioral residencies at veterinary schools in the country and only three open spots in 1998.
Today, in addition to his work with zoos and wild animal parks, Virga consults for major national nonprofits and private foundations entrusted with animal care, including the USDA. He also serves as an expert on legal and legislative issues concerning animal health and welfare.
The Impact of LJCDS
Virga joined LJCDS in the seventh grade, when he relocated from northern California. With a small graduating class of only 22, he reminisces, “I remember each one of my teachers, individually by name,” he says. “I remember sitting in English talking about Shakespeare and Dickinson. I worked in the biology and chemistry labs and was lab assistant after hours. … Each teacher impacted me in a way that I’ve carried with me very much through all my life.” La Jolla Country Day School teachers ingrained in him the ability to challenge the status quo—a gift that Virga believes carried him through not only undergraduate and veterinary school but also played a role in his acceptance into residency at Cornell. Virga’s spirit of questioning and challenging the information—even when that information was provided by experts—set him apart and intrigued his residency mentor.
“[The LJCDS teachers] inspired me to be inquisitive, to challenge everything…to explore and question and to do it with a degree of humility, and yet, also confidence,” he says. “It was never wrong to question. It was always right to look for more.”
Human Nature Inspired by Animal Nature 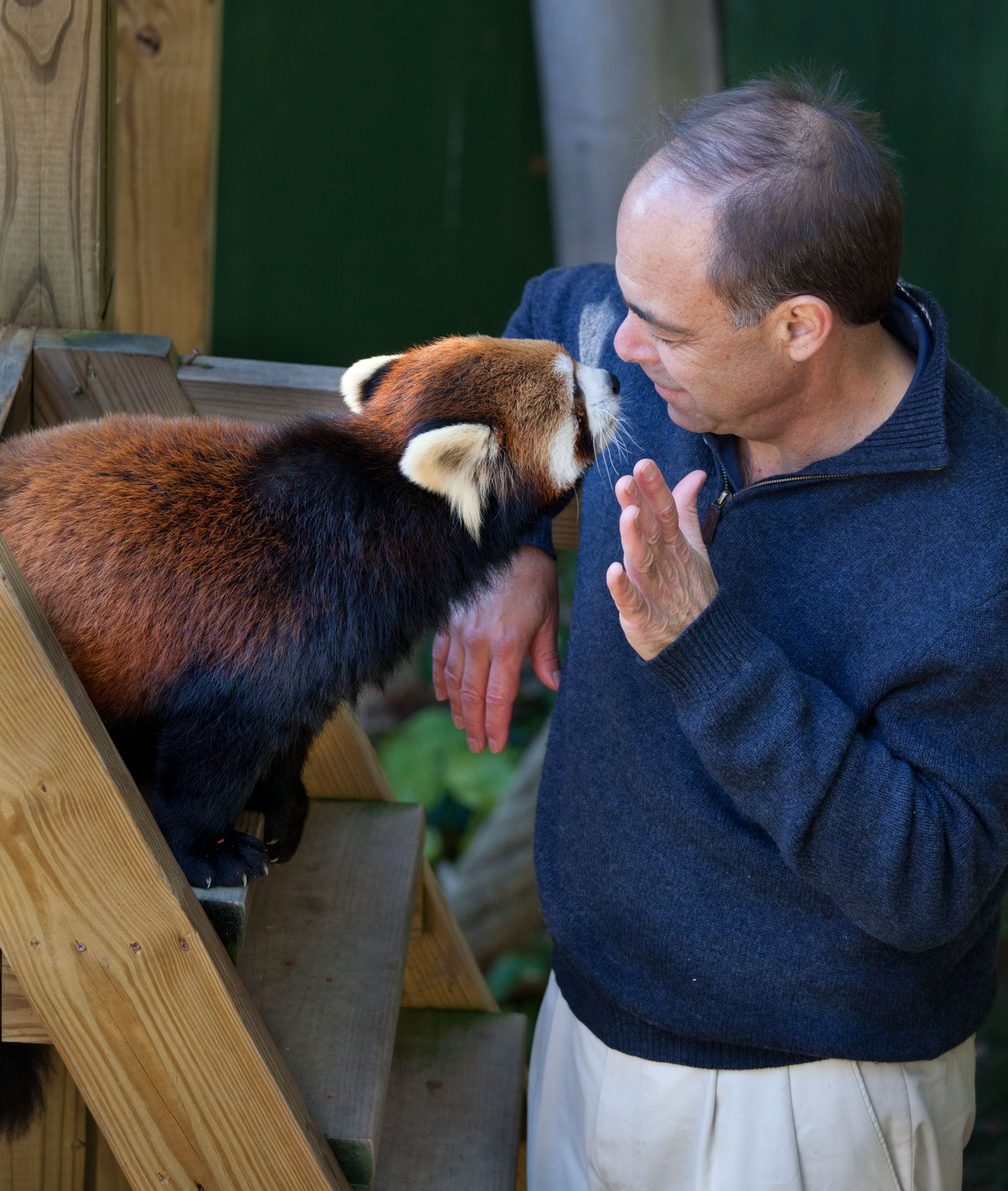 Virga lives in Rhode Island with his wife, Tiffany, and daughter Giselle (14). He is currently writing his second book, which details his personal journey in finding hope and inspiration to be an individual agent of change. The state of the environment and the rapid extinction of wildlife is the driving force behind Virga’s next book. He hopes to spotlight the dramatic environmental changes overwhelming our world and raise awareness about their effect on millions of species during the next two or three decades. The book is slated to be published around 2019.
After graduating from La Jolla Country Day School, Virga’s life goal was to connect to the greater world around him. The impact he has made on hundreds of animals during the span of his career is a testament to his dedication to making a true difference in the world. In return, the animals that Virga has encountered in his life, including his pets—two 9-year-old Norwegian Forest cats named Fritz and Clara, and a 1-year-old golden retriever named Holden—have taught him life lessons about mindfulness, forgiveness, integrity and humility.
“As much as we impact the world, we understand so little about it,” says Virga. “Interaction with animals reminds me of life around me. They are constant reminders that I am a human, and I have a limited viewpoint on the world.”
Back