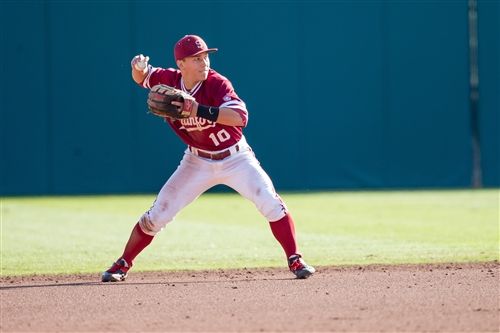 4/26/2017
By Tiffany Tran, director of marketing and communications
Our Torrey student-athletes have gone on to great success after leaving LJCDS. Read about three of the many we are proud to call our own. Candice Wiggins ’04 was inducted into the Breitbard Hall of Fame at the 71st Annual Salute to the Champions—the first women’s basketball player to receive this honor. Housed at the San Diego Hall of Champions, the Breitbard Hall of Fame is the pinnacle of athletic achievement in San Diego. Since 1953, the Breitbard Hall of Fame has inducted 140 members representing 20 sports. At La Jolla Country Day School, Wiggins was a four-year letterman in both basketball and volleyball, four-time CIF Division IV Player of the Year in basketball and a McDonald’s AllAmerican. While at Stanford, she was a four-time All-American and the recipient of the Wade Trophy after leading Stanford to the NCAA Championship game in 2008. Wiggins was the third pick in the first round of the 2008 WNBA draft. Later that year, she received the WNBA’s Sixth Woman of the Year Award. Wiggins led the Minnesota Lynx to the 2011 WNBA Championship. She also played for the Tulsa Shock, the Los Angeles Sparks and the New York Liberty before retiring after her eighth season in 2016.

In the 2016 MLB Draft, shortstop Tommy Edman ’13 was drafted in the sixth round (196th overall pick) by the St. Louis Cardinals. During his three-year career at Stanford, Edman was named first-team All-Pac-12, Academic All-America and to the Pac-12’s All-Defensive team, as he led Stanford to its best defensive season in school history. Edman was selected as an All-Star in summer 2016, when he led the State College Spikes—one of the Cardinals’ minor league teams—to the New YorkPenn League championship. At LJCDS, Edman played for his father, varsity baseball coach and math teacher John Edman, where he was a four-time varsity letterman in baseball, Coastal Conference MVP, MaxPreps All-State, All-American and CIF San Diego Section Scholar-Athlete of the Year. University of Washington senior guard Kelsey Plum ’13 is an unstoppable force. The WNBA No. 1 overall draft pick to the San Antonio Stars had a record-breaking season as the NCAA women’s basketball all-time leading scorer, finishing her college career with 3,527 points. Plum is the first player, female or male, to top 3,000 points since the conference became the Pac-12, and the first woman from a conference school to reach this milestone since 1986. She is the first UW basketball player to get drafted as the No. 1 overall selection. Plum was named the Pac-12 Player of the Week several times this season and earned espnW’s National Player of the Year. At LJCDS, she was named All-American by MaxPreps, USA Today, WBCA and McDonald’s, and earned Player and Athlete of the Year in San Diego.