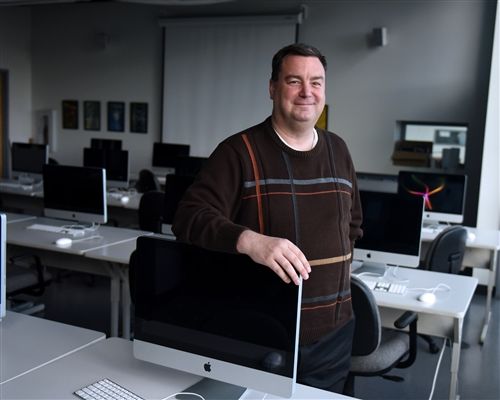 Too Much Time Online?

5/18/2018
By Robert Derby, director of technology
Why are teens spending so much time online? Tristan Harris, a former Google Design Ethicist, has been doing tremendous work demonstrating how online/social media companies are using "persuasive design" to cognitively trick us into spending more time on their sites. In fact, the (somewhat infamous) Stanford Persuasive Tech Lab is where much of these ideas come from; the students of the lab went on to work for Facebook, Instagram, Uber and Google.

A recent study published in Clinical Psychological Science, co-authored by Jean Twenge, Ph.D., from San Diego State University found a connection between the stark increase in teen depression, suicide attempts and suicides with smartphone use. Did you know that between 2010 and 2015 the number of U.S. teens who were depressed surged 33 percent, who attempted suicide increased by 23 percent and who committed suicide rose by 31 percent?
As summarized in The Washington Post article by Dr. Twenge, the study accounted for variables like race/ethnicity, region, socio-economic differences, and even time spent doing homework, but it found a correlation with the increase of smartphone ownership.  Teens who spend over five hours or more a day online are 71 percent more likely than those who spend only one hour per day to have at least one suicide risk factor.
There is still a lot of research to be done, but according to Dr. Twenge, what is possibly happening is that with so much time spent online, teens are spending much less time interacting with their friends (and family) in person. Human interaction is healthy and important for our wellbeing, and social media is not a substitution for the real thing. Social isolation is a major risk factor for suicide. Teens are also sleeping less, and those who spend more time on their phones are likely to get even less sleep (which is a risk factor for depression).
Virtually every online media company makes money the same way, through advertisements. Therefore, they must maximize your time on their site. Since time is finite, the competition between these companies is constantly escalating. Netflix CEO Reed Hastings has been quoted as saying that their biggest competition is sleep, which is literally true.

The strategies of these companies have moved far beyond designing compelling products to evidently purposely creating behavioral addictions in their customers (recommended read for more information: Irresistible by Adam Alter). This short video interview with Mr. Harris gives an example of how companies like Twitter use variable schedule rewards, which is the same cognitive instinctual response that makes slot machines the most addictive form of gambling. I would note as disturbing as this might sound to adults, consider that this is also being targeted to still-developing teenage brains.
Here are some suggestions on how to limit your and your child's time on a smartphone:
Back