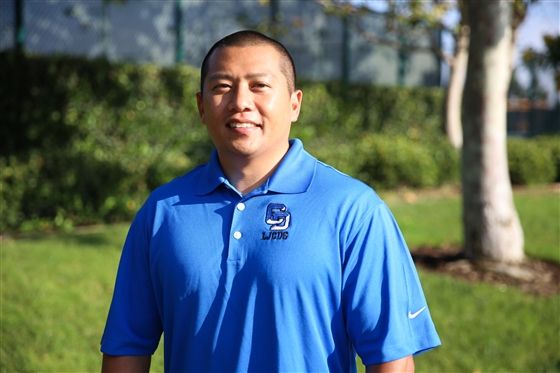 1/27/2020
By Ryan Song, head of Middle School
The social dynamics of group chats.
Some parents have chosen to delay giving their children cell phones and social media accounts. In contrast, others have chosen to embrace them fairly early on. And most see the integration of these technologies into their children’s lives to be inevitable. No matter the philosophical differences, all parties share similar hopes of promoting healthy lifestyles for our children. For that reason, let’s take a closer look at one technology, a sliver of the experience, that I think deserves a bit more attention—the group chat.

In the wired days, after-school conversations among teens and pre-teens continued via extremely long curly telephone cords that allowed the 70s and 80s teens to converse in the nearest private room or closet privately. If they were doubly lucky, they might have three-way calling and talk to two friends at once. The less fortunate and more common scenario left us limited to conversations on the family’s only phone, which commonly sat very publicly in the dining room or kitchen for everyone to hear. Times have changed, radically.

Children today still crave to continue their social lives after school. Video calls, I hear, are more common than actual phone calls, and the kids still want to talk about kid things. That hasn’t changed, and it is an integral part of their social development.

What has evolved is that there are fewer phone conversations, and texting or messaging has become a preferred means of communication. Conversations can happen one-on-one, in small groups, or even in large groups of 20 or more. Each of these is dictated by different social dynamics for which many students aren’t consciously aware.

In most cases, small group chats of three or four work well amongst good friends. These are simply extensions of their conversations during the school day. The social structures that dictate their interactions during the day still function in these settings. The possibilities of power dynamics and inclusive and exclusive activity exist, but they don’t tend to differ much from their physical interactions. Because they are close friends, tone and intention are more often properly interpreted and assumed to be well-intentioned.

Large group chats, however, don’t have a healthy teen analog. They most similarly resemble a classroom of students without a teacher. Groups with 20 or more students, where multiple conversations are happening simultaneously, usually with peers that extend beyond their intimate personal friend groups, have different risks. Because these tend to be outside their typical social group, understood rules of conversation tend to be nonexistent. Tone is also challenging because there isn’t an established relationship to fall back upon. Also, in a large group, there are more temptations to gain social currency amongst peers. The awareness of an audience can be a difficult temptation to resist. And, unfortunately, in middle school, the allure along with failed or underdeveloped humor gets some into unwanted trouble.

Talk to your child about these types of chats. See how aware they are of different social dynamics. See if they can recognize how these two types of group chats can make them feel and behave differently. Do they notice the temptations? Their awareness is important and is a crucial step in their self-regulation.