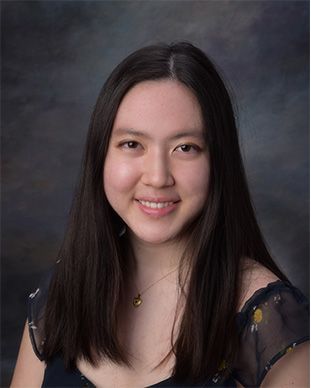 4/27/2021
By Marketing and communications
A member of the class of 2021 uses her love for music to fuel her passion for service.
When traveling, some look to maximize packing space, strive for convenience and long for relaxation. Ashley Lee ’21, on the other hand, starts every overseas journey with extra suitcases filled with clothing she has collected for children in need. Rather than focusing solely on visiting famous landmarks or sunbathing on a beach, Ashley carves out a few days of every trip to visit orphanages to distribute that clothing. Her travels are in perfect sync with her approach to life.

“When you travel to other countries, there are lots of exciting tourist spots, but my parents taught me to understand that real life in these places is not what you experience on vacation,” says Ashley. “You need to be aware of real people and real struggle. My mom taught me that by giving to others, you are showing your appreciation for all that God has given you. Service is an important part of our Christian faith.”

Ashley’s clothing donation project, Cosmosfields, is a personal endeavor that grew out of the awareness she got from her parents and the insights she’s gained as part of the San Diego-based community service string orchestra, En Gedi. Ashley, an avid violinist who is co-principal first chair in the La Jolla Country Day School orchestra, was drawn to En Gedi (whose name describes a biblical oasis in Israel) because of its mission-driven philosophy.

“En Gedi’s mission is service through the beatify of music,” explains Ashley. “We achieve that service by hosting benefit concerts, the funds from which go to a specific group of orphaned children in South Korea who are known as “drop box children.” The name reflects the unfortunate reality that there are many unplanned pregnancies in South Korea, where abortion was illegal for 66 years until recently in 2021. As a result, many women drop off their unwanted infants in boxes outside of orphanages. The cause is particularly close to the hearts of Ashley and other members of the orchestra, who are largely of South Korean descent.

While she loves the violin and the music she is able to create harmonizing with other string instruments, Ashley’s true calling is service. It has not only influenced her approach to travel but played a large role in her college choice.

“I was intrigued with colleges that had a solid foundation in community service,” she shares. To complement her service aspirations, Ashley will study the humanities at Harvard University in fall 2021. “I intend to major in English,” says Ashley. “But I’m also interested in anthropology, sociology and comparative literature. I’m drawn to subjects that embody various cultures interacting with each other.”

Where those studies will take her is a journey Ashley is unsure of but looks forward to with great eagerness.
“My parents have always said I would make a good lawyer,” she shares. “That’s one of the things that propelled me into Mock Trial at LJCDS, which has given me an understanding of the legal system but also a wonderful group of friends.”  Ashley is open to a career in international law or cultural law. “I’m so interested in the international community, along with cultural and museum law, because of my appreciation for the arts and the artifacts of different cultures,” she says. The one thing she has absolutely decided on, however, is that whatever she does, it will be reflective of her faith, her love of humanity, her appreciation for this world, and her desire to serve.
Back