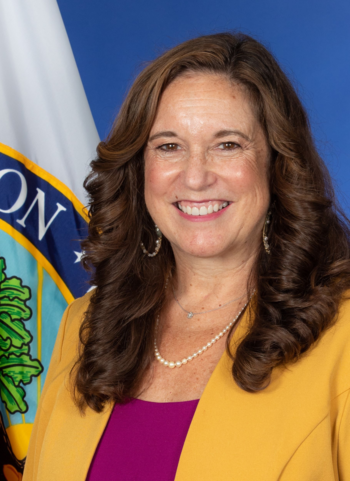 Alumna featured in the SD Union-Tribune

11/29/2021
The San Diego Union-Tribune chronicles Cindy Marten’s ’84 journey to become the U.S. deputy secretary of education.
The following is an excerpt from the article, “Cindy Marten: Leading from the classroom to Washington, D.C.”:
Arguably, no San Diego County teacher has climbed as high in the ranks of education in recent years as Cindy Marten.

In Marten’s eight years as superintendent of San Diego Unified, the school district has been viewed as a leader in California in areas ranging from ethnic studies to academics to COVID prevention. Under her leadership, San Diego Unified’s test scores, graduation rates and other performance measures improved.
In January, President Joe Biden nominated her as the new U.S. deputy secretary of education in charge of K–12 and higher education.