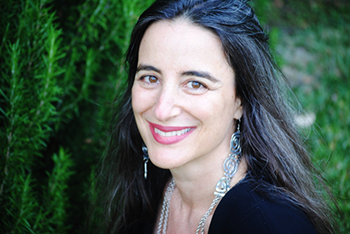 Alumna’s YA Novel Adapts into Film

2/16/2022
By Katie Sigeti ’06, philanthropy manager, alumni programs
Jandy Nelson ’83 describes watching her novel come alive on a movie set.
LJCDS’ class of 1983 alumna Jandy Nelson’s young adult novel, The Sky is Everywhere, has been adapted into a feature film, which premiered on February 11, 2022, on Apple TV+ and in select theaters.

Directed by Josephine Decker, the young adult drama about grief, love and joy follows musical whiz 17-year-old Lennie Walker as she grapples with the sudden death of her older sister Bailey. Lennie’s relationship with her late sister’s grieving boyfriend begins to disturb her blossoming relationship with a new boy at school. With her rich imagination and conflicted feelings, Lennie deals with love and loss by learning to write her own song.

Jandy’s debut novel, which came out in 2010 in the U.S. and is now published in over 30 countries, earned several accolades, including YALSA Best Fiction for Young Adults and the Northern California Independent Booksellers Association Award for best teen literature.

The filming of The Sky is Everywhere overcame several obstacles with the 2020 wildfires in Northern California where the set took place and the beginnings of the pandemic. With the recent release of the film, Jandy, who also served as the executive producer, reflects on seeing her novel come to life on set. “I recently got to live again inside the pages of my first novel while writing the screenplay,” says Jandy. “I found myself again in Gram’s aphrodisiacal rose garden and searching for Lennie’s mournful poems to her sister scattered all over town. But then being on the movie set and doing so literally blew my mind, the imaginary world now real. It was wild to actually walk into the Walker house and see Gram’s paintings of green women and Big’s pyramids, to sit in Lennie and Bailey’s bedroom, to meet Lennie and Bailey!—a really wonderful and surreal experience. This story is so close to my heart, and it means the world to me that so many more young people will now get to join Lennie on her journey through cataclysmic grief and rapturous first love.”