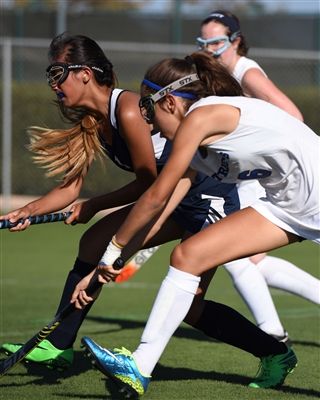 9/20/2016
By Communications
Congratulations to the Lady Torreys field hockey team who won their very first game on Wednesday, September 7.

After a 45-year absence, the newly developed LJCDS team was formed thanks to the efforts of seniors (and captains) Emma Volle and Posy Stoller. The students approached Athletic Director Jeff Hutzler with the idea at the end of last year. He supported their efforts but encouraged them to find players.

These sentiments are echoed by Stoller, "We are leaving a legacy here...it has brought something to everyone's lives. We have such great teamwork and such great friendships. I hope we can keep giving this experience year after year."
The Lady Torreys field hockey team was featured by San Diego Prep Insider, the full story is available to watch below.