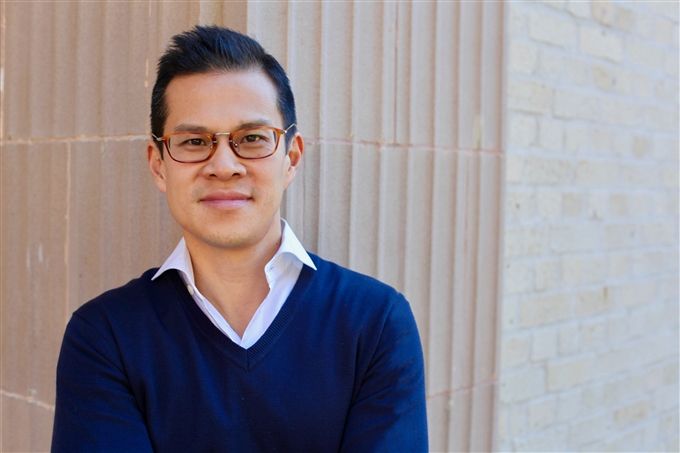 Where Talent and Love Can Take You

9/28/2017
By Michelle Choate
When David Chan began studying violin at age 3, his talent and potential were immediately clear. However, as Chan grew older, what wasn’t clear was what he should do with that talent. Put it on the back burner as a hobby while he obtained a degree in computer science? Or throw caution to the wind and pursue a career in music?

As his current positions as the concertmaster of the Metropolitan Opera Orchestra and a Juilliard faculty member attest, Chan chose the life of a musician—a path well chosen. Renowned as a brilliant violinist and one of the leading musicians of his generation, he has a diverse career that encompasses his role as soloist, conductor, chamber musician and teacher.

But how did the careful, pensive Chan choose to pursue a life in music? Encountering a fitting mentor in his teenage years played an influential role, as did a healthy dose of parental support. And with the insight that comes with the proper guidance and experience, Chan’s life path started to become evident. 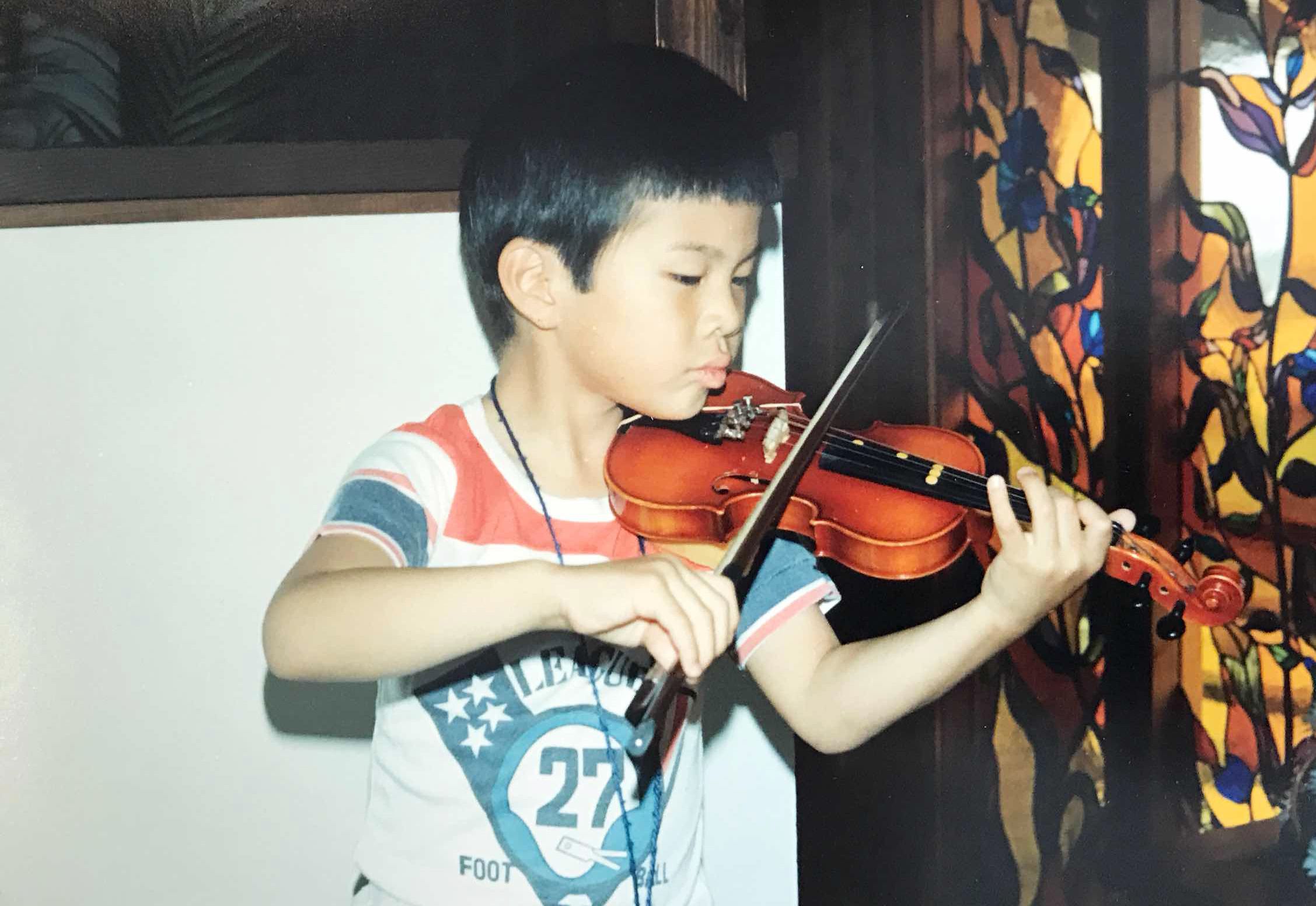 The Language of Music Lovers
By the time Chan was promoted to the Upper School from the Middle School at LJCDS, he was already making a name for himself as a violinist. At 14, he won the San Diego Symphony’s Young Artist Concerto Competition and was the featured soloist with the San Diego Youth Symphony on their tour of Austria, Germany, Hungary and the former Czechoslovakia. At 17, he earned international recognition securing one of the top prizes at the Tchaikovsky International Competition in Moscow. But this success—as well as his deep love of the violin—did not equate to certainty about his future.
Then a uniquely qualified mentor entered Chan’s life: biology teacher Barry Fogwell, a man of science with a passion for music. In Fogwell, Chan found someone who spoke his language. “He wasn’t a professional musician himself, but he had a real passion for classical music,” says Chan.
Their mutual enthusiasm led to countless discussions about various musical genres, specific pieces and composers, and even to playing in public performances together. And it was Fogwell who convinced the future Metropolitan Opera Orchestra star Chan to give opera a chance.
When Chan told Fogwell he was unsure about pursuing a future in music, Fogwell spoke from his own experience—and from his heart. “He told me, ‘With your talent, how can you not pursue it?’” says Chan. “I had never considered it that way. He gave me an invaluable perspective on natural talent and helped me to understand that if you’re lucky enough to have an innate gift for something that you also love, that’s a precious combination. He was very sincere about it, and it meant a lot to me.” 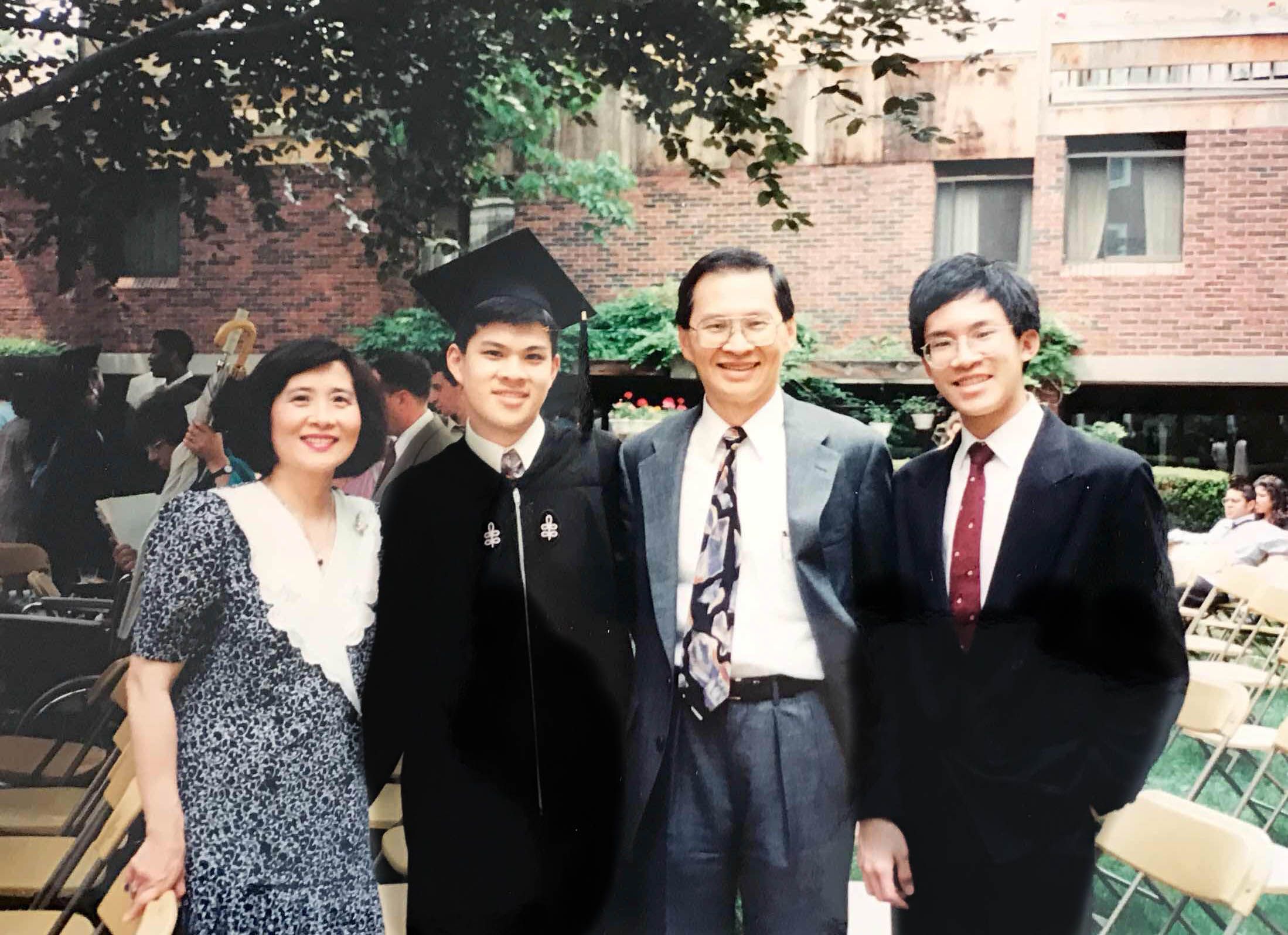 The Passion, the Practical and the Professional
Armed with a deeper love and commitment to music, Chan nonetheless chose to attend Harvard and study computer science. This was in large part due to the advice he received from his parents.
“My parents encouraged me to go to [a] university and pursue a nonmusical degree because it would help me round out my education,” he says. “I’ve never regretted that because I feel every bit of general education and life experience you have bears on who you are as an artist.”
After two years, Chan realized it was time to stop delaying the inevitable. He changed the focus of his studies and earned a Bachelor of Arts in music. After Harvard, Chan moved on to Juilliard, where he earned his Master of Music in violin in 1997.
His career developed quickly: He became concertmaster of the Metropolitan Opera Orchestra in 2000 at age 27 and made his Carnegie Hall debut during the 2002–2003 season. Performing throughout the United States, Europe and Asia, he has been an active soloist, recitalist and chamber musician. Chan has made appearances as a soloist with international orchestras, including the Moscow State Symphony, Los Angeles Philharmonic, Taiwan National Symphony, and the San Diego, Indianapolis and Richmond Symphonies. He is also a frequent guest artist of the Seattle Chamber Music Festival and La Jolla’s Summerfest.
Giving Back 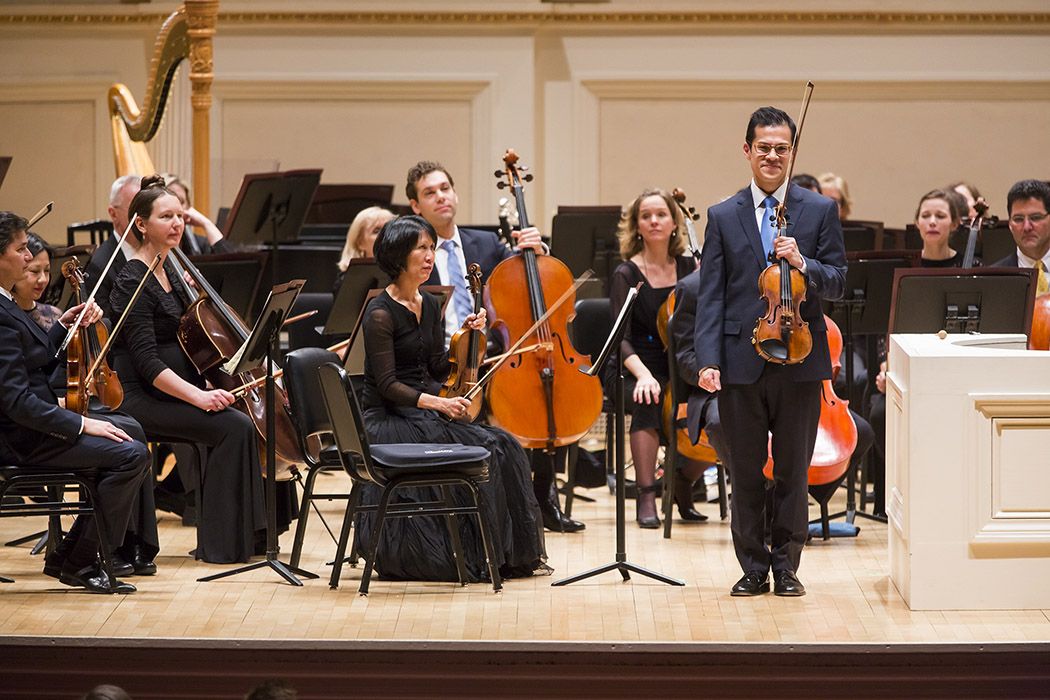 Chan now lives in New Jersey with his wife, violinist Catherine Ro, and their three children, Annalise, Arianna and Micah. In addition to his many performance engagements, Chan joined the faculty at Juilliard in 2006, where he is as admired for his teaching and mentoring of young players as for his talents as a practicing musician.
Now in the shoes of a teacher, Chan understands his impact to help shape and support the foundations of young adults.
“For me, teaching is the chance to pass on what I’ve learned to the next generation,” says Chan. “When you help someone access their ability to play music, you can open up a world of possibilities for them—not just career-wise, but emotionally, philosophically. And when a musician learns the technique necessary to express the content of a piece in a way that stays with the listener, he or she has made an important impact on that listener.”
An emotional and spiritual connection to the music is as important to Chan as technical skills. And it is through this connection that he sees music as being an agent for positive change in the world.
“We talk all the time about how music crosses language barriers. Music also stirs up universal emotions. It is a vehicle for peace.” As a devout Christian, Chan believes music is a gift from God. “When I play music, I feel I am showing my appreciation for the beauty that God has created in the world. When you can access the core of human emotion, superficial differences between people become less important. Music can bring people together. It’s definitely a blessing.”
Back