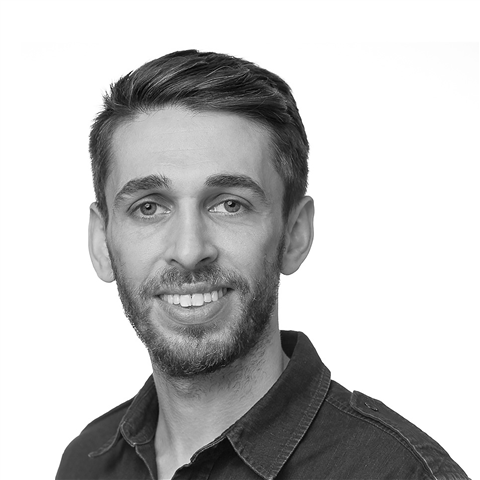 11/30/2017
By Michelle Choate
Sleep deprivation is as much a part of parenting an infant as changing diapers. But thanks to Andrew Berman ’03 and his co-founders at Nanit, that might not be the case for much longer.
Nanit, a revolutionary new baby monitor that uses computer vision to monitor your baby’s sleep patterns, aims to ease parents’ anxiety about when and how their baby is sleeping. Given that parents lose an average of 44 nights of sleep during the first year of their baby’s life—and approximately three in 10 babies have difficulty sleeping—Nanit is being hailed in tech circles as a welcome addition to the nursery.

Nanit is breaking ground with its advanced technology: It is a baby-safe smart camera that hangs over the crib, collecting data about the infant’s behavior and sleep patterns. Alerts are transmitted to the parents’ smartphones, informing them if the baby is awake, crying, or has fallen asleep on its own. But the Nanit camera is not just another watchful “eye” on the baby; it creates benchmarks by counting sleep interruptions and contextualizing milestones in individual sleep environments to show parents when—and how well—a baby is sleeping.

Nanit tracks and makes sense of important scientific measures of sleep but without the use of wearable sensors or monitors that other advanced baby monitors employ. It can also provide time-lapse video of the baby and, utilizing night vision technology, can show high-definition live-stream video. For an additional bit of soothing, Nanit has a built-in night light and lullaby sound box.

Before joining his co-founders, Assaf Glazer and Tor Ivry, to create Nanit, Berman worked as an investor at Norwest Venture Partners, a global, multi-stage venture capital firm, where he focused on sourcing early-stage tech and internet investments. But leaving an established career for a tech startup was not a surprising move for him. “I always knew I wanted to start my own company; I just didn’t know what that company would be. So the timing on Nanit was serendipitous,” says Berman. A mutual friend introduced him to Glazer, and the idea for Nanit quickly came together. “The company has been based on a collaborative effort among the three partners from day one,” says Berman. “As COO, I am responsible for all aspects of Nanit’s finance and operations, but I’ve never been just the money guy. I also helped create the business model and the marketing playbook.”
For Berman, the move is paying off. Nanit recently announced the close of a $6.6 million round of seed funding, and there have been so many orders that the company is installing additional manufacturing capacity to meet the high demand. In the near future, the parents of infants will have Berman and company to thank for a restful, restorative night’s sleep.
Back