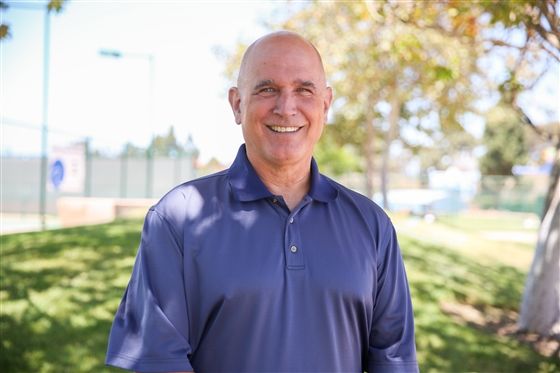 10/14/2020
By Gary Krahn, Ph.D., head of school
LJCDS's head of school explores how we, as a nation, have become so divisive.
We are living in a very challenging time. Whether you’re engaged in a spirited classroom discussion or a lively political disagreement among friends and colleagues, there is no shortage of controversy in today’s headlines. Why does our quest to create a more perfect nation divide us? Today, the issues are substantial, and battle lines are drawn; people feel either you are with them or against them.

How did we become so divisive?

The article “Anthropology, Survival of the Friendliest” in the August 2020 edition of Scientific American may provide an essential clue to the deeply entangled feelings within politics where people see themselves as fundamentally different from those on the other side.

About 300,000 years ago, Homo Sapiens shared the earth with four other human species. Why did we become the last surviving human species? We were not the smartest nor the strongest. The premise of the article is that we were the friendliest. This scientific hypothesis, known as self-domestication, claims that we were the best among our species at working together and cooperating. It is believed that humans are hard-wired to function as teams (brains are not computers and neurons are not wires but the metaphor works).

Most people are not evolutionary biologists, but I suspect many have experienced the pleasantries of camaraderie and exciting accomplishments that emerge from effective teams and cooperating communities. Over time, our species’ ability to create oxytocin increased, and our social bonds have become as strong as family ties. However, as our social bonds strengthened, we developed the willingness to defend our “tribe.” Our out-of-group “hate” became the mirror image of in-group “love.”

Racism is one of many expressions of our evolved capacity to live and work in groups. The very human tendency to identify with an “us” defines the broader “them.”

Advances in neuroscience confirm that the brain machinery of in-group recognition contributes to why people are less empathic toward out-group members. People better identify with their racial group or in-group.

There is also strong neuroscience evidence that becoming familiar with individuals from other races or groups can erode racism and other forms of bigotry. However, that erosion process demands the same attention and focus required for successfully mastering the most intellectual challenges. It also requires an understanding of one’s prejudices.

Overcoming evolutionary biology is not for the faint of heart. Becoming an anti-racist and anti-exclusionist is not given to a person; it is earned. Today, those who cannot break out of an exclusionist mindset (besides it being morally wrong and harmful) will most likely never thrive in the cosmopolitan world that awaits them. Teaching anti-racism must be front and center if we want to prepare our students to make a difference in the world.

We are fortunate that the brain can learn about race and the triggers for biases. The brain is also capable of transcending those biases. In evolutionary terms, that’s a good thing because the groups we belong to shift and change over time. Our ability to change is an essential facet of our humanity and gives us hope for the future.
Back