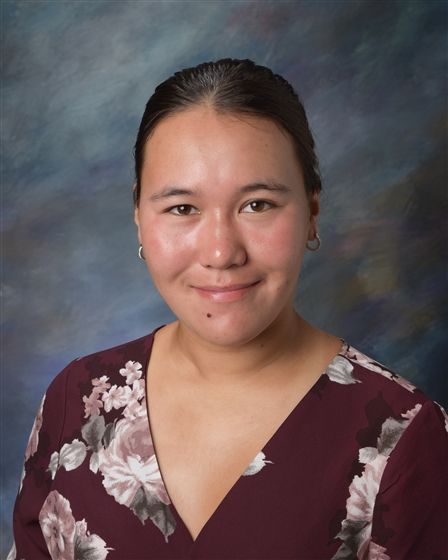 Ruslana Fogler is known in the Upper School as the student who innovatively created a scheduling app that solved a chief confusion/question: What day is it on the seven-day schedule?
When the app was officially released at the end of 2019, upper schoolers rushed to download the Torrey Schedule app, which informed them of the block, class time and seven-day rotating schedule.
Ruslana’s journey with math and the sciences began when she was much younger. “Growing up in a household that had a lot of emphasis on STEM and math in particular, it was always my thing,” she explains.
However, her journey began unexpectedly as she described that her first robotics class in eighth grade “went absolutely horrible.” Despite this rocky start, Ruslana persevered and has excelled in regional and international robotics competitions in the Upper School. She also earned the LJCDS Don Ings Award in Science and Engineering.

Ruslana pitched her scheduling app idea to design and innovation’s Torrey Explorers Fund (TEF) panel, who granted her mentorship and funds to create the app. TEF is a venture capital fund for LJCDS students seeking to start a business, launch a social campaign, invent a technology or create an art installation.
“It’s the joy of watching something you created and spent hours on actually work and maybe even do something meaningful,” Ruslana shares. “It was always an aspiration of mine to find a skill to produce something on my own and watch it work.”

Ruslana’s passion for design and innovation has led her to mentoring younger students in the innovation lab. Her efforts and contributions to innovation were recognized as the recipient of the Design and Innovation Award in 2020.

Outside the classroom, Ruslana shares that being an athlete and a team leader on Varsity Women’s Tennis had one of the biggest impacts on her and helped her connect with the community. “Being [on the team] really helped me open up as a person, so I’m really eternally grateful,” she shares. After experiencing this team spirit on the tennis team, Ruslana was also able to bring that energy to her robotics team.

Despite all she has contributed and accomplished thus far, Ruslana is currently unsure what she wants to pursue in the future. Regardless, her sincerity and desire for meaningful work have already left such a positive impact on LJCDS, and it will continue to help her on her future journey.