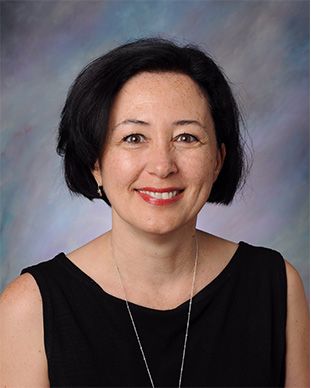 Reaching the Head and the Heart

4/26/2021
By Marketing and Communications
Learn more about how an Upper School French teacher uses language and culture to inspire greatness for a better world.

As a French teacher in the Upper School, Ms. Rachel-Gueirard believes that “if you study languages, you learn about other cultures, which opens you up to a better global understanding. To me, that is the recipe for peace. If we don’t understand each other, we fight, but if we could open up to each other, we could create a better world.”

This may seem overly simplistic to some, but the concept of utilizing languages to expand knowledge and empathy and create better global citizens is prevalent at La Jolla Country Day School.

“We introduce our students to all aspects of another culture—values, food, music, religion, etc.—in hopes that they will be motivated to learn the language of that culture,” shares Ms. Rachel-Gueirard. “The added benefit of this approach is that the students have a greater understanding of different parts of the world, and they are in a better position to help make our world better.”

Ms. Rachel-Gueirard began her journey as a global citizen in the south of France, where she nurtured her desire to be a language teacher. Surprisingly, though, that language was not French. “I went to the University of Nice to study German because my intention was to teach German in France,” says Ms. Rachel-Gueirard. Then her life took a slightly different turn.

To obtain her master’s degree, Ms. Rachel-Gueirard attended the University of Erlangen- Nuremberg in Bavaria for what was intended to be a six-month program. She ended up staying for four years. “While studying for my degree, I began teaching French to German high school students. That put me on the road to teaching French for my career.” While in Germany, Ms. Rachel-Gueirard also met her now ex-husband and moved to the United States.

Shortly after arriving in the U.S., Ms. Rachel-Gueirard began working as an adjunct professor of French and German at the University of California San Diego and other area colleges. She has also put her extensive language skills to use translating documents and, somewhat more excitingly, helping two high-ranking Navy Seals brush up on their German. “It was a great experience. I got security clearance to meet them on their base and had a special ID. It was very fun,” says Ms. Rachel-Gueirard. She is also eager to return to Germany as soon as pandemic travel restrictions are lifted to visit her two adult daughters who currently live there.

In some ways, Ms. Rachel-Gueirard has found teaching French at LJCDS more rewarding than her work with college students and adults. “Students in college are adults already, albeit young adults. And their personalities are basically formed. The kids I teach in the Upper School are still developing, and they are like sponges.”

While many think learning to speak French as being a nice skill for a trip to France, the reality is that there is a much broader Francophone world out there. In addition to other countries in Europe like Belgium and Switzerland, and the province of Quebec in Canada, almost 50% of African countries speak French. It is estimated that by 2050, French will be spoken by 750 million people in the world.

Language is becoming increasingly important in the quest for global communication and understanding. For Ms. Rachel-Gueirard, giving her “sponges” knowledge and appreciation of a language connected to many different types of cultures is a mission that she embarks on with delight every day.