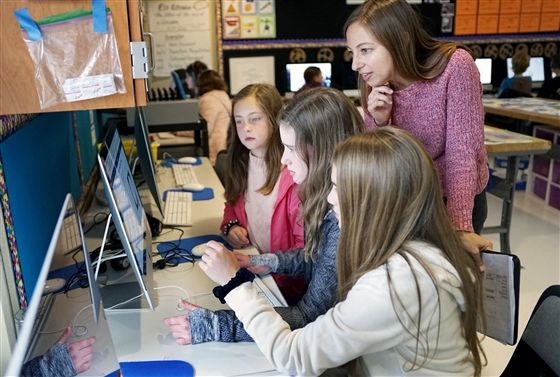 5/13/2021
By Marketing and Communications
The Lower School Design and Innovation teacher encourages students to become patient problem solvers who are comfortable adapting to change.

As Andrea Flagiello can attest, teaching computer science is not like teaching other academic subjects rooted in age-old concepts, theories and processes. Computers and technology are practically synonymous with rapid and constant change—in equipment, operations and usage. Ms. Flagiello knows being a great teacher means being open to learning from the experiences and knowledge her students bring into the classroom.

“I want the kids to approach problem-solving strategically and not fearfully—to know how to ask the right questions,” she says. “I hope that they become confident in their abilities and are capable of adapting to change.”

Ms. Flagiello’s first job out of college was as a fifth-grade teacher at an elementary school in Hawaii. It was during that time that she had her first exposure to employing computers in the classroom.

“The school had one-to-one laptops in the classroom, and I used them a lot,” she says. “I realized the computers could do things I couldn’t do myself.” That interest translated into a willingness to try out any piece of new technology the school had available, and she soon earned the reputation as the teacher who was “open to tech.” Ms. Flagiello turned that openness into computer expertise, learning by doing and asking lots of questions about devices and software. Then in 2013, she earned a master’s in learning technologies from Pepperdine University.

As a naturally inquisitive person, she believes, “You just have to figure things out for yourself and learn as you go.” Learning on the journey is a special skill in her chosen field, given the rapid pace of change. When Ms. Flagiello first ventured into teaching tech, touch screens were not as ubiquitous. When she first started teaching about iPads, her focus was on teaching students how to navigate the device itself. However, things soon changed as kids became experts with touch screens due to their exposure to cell phones and tablets in their homes. “I had to evolve the lesson plans to be less about the device itself and more about what the students could do with apps and the various ways to use them,” says Ms. Flagiello. 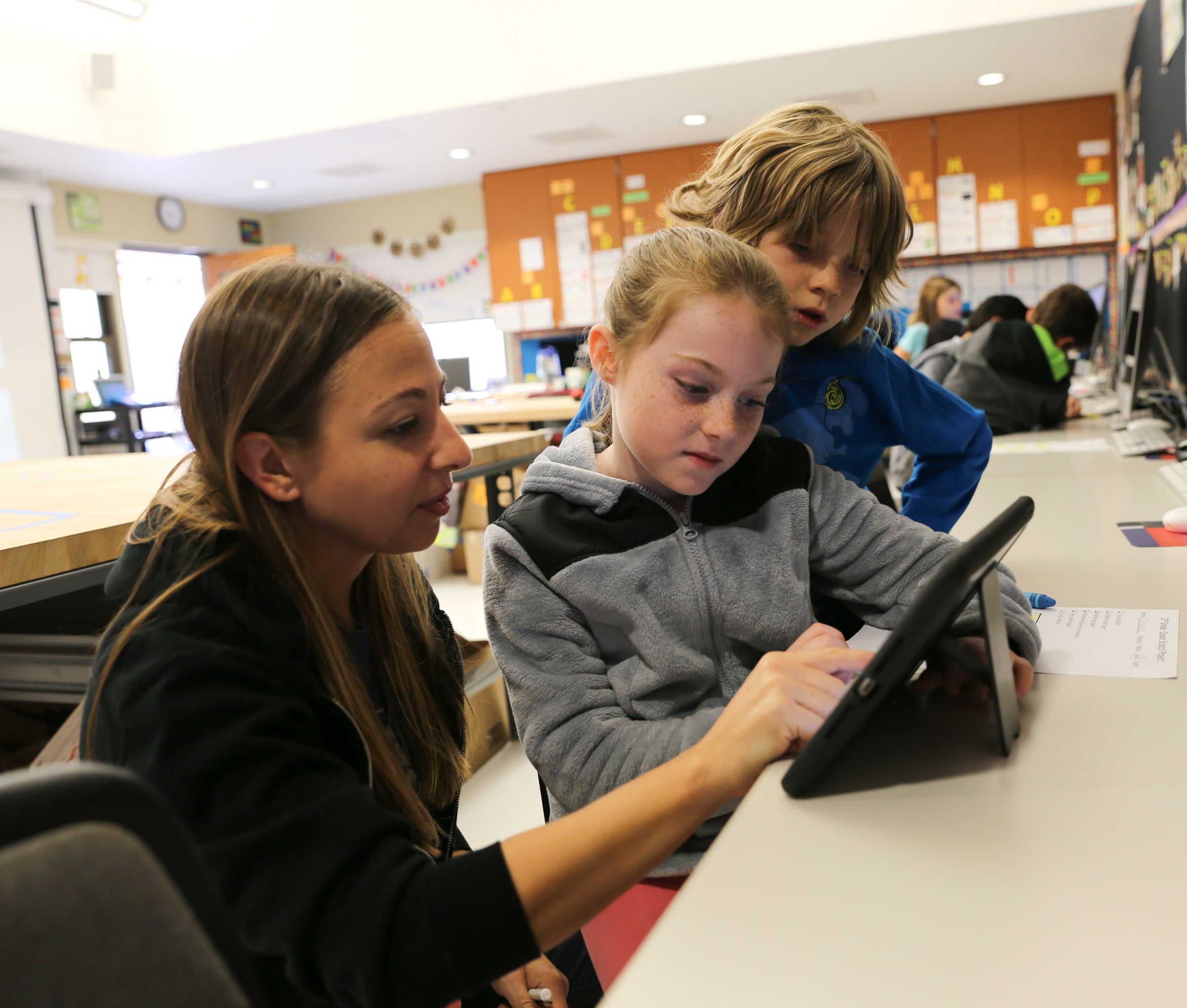 In her current position at LJCDS, Ms. Flagiello teaches computer science and innovation to students in kindergarten through fourth grade, with the lesson plans growing more complex with the age of the students. They begin by gaining familiarity with computers, tablets, and basic coding and move on to increasingly elaborate work with robotics and microcontrollers such as micro:bit.

Ms. Flagiello acknowledges that the intricacies of writing code can be vexing for her students but sees this reality as an opportunity for them to learn patience and fortitude. “The kids get upset with me at times because I won’t always give them the answer; I will leave things open-ended for them,” says Flagiello. “One of my rules is that if they are stuck on something, they need to ask three other students for help before they can ask me. I want them to learn to use their resources and figure out how to do something without the teacher’s help. In this way, they can develop that scrappy, gutsy approach of not being afraid to ask and try out suggestions from friends. They will see that they don’t need to depend on that one ‘authoritative’ source.”

Ms. Flagiello’s motto is to lead by example. She recognizes that, in some cases, her students may be more familiar with an application or tool than she is, and, in such cases, she does what she encourages her students to do: She inquires further. “I am learning from the kids as much as they are learning from me,” she shares. “We’ve been using Minecraft a great deal in our lessons, and they definitely helped me get up to speed on that game. It’s gratifying that we are growing and learning together.”