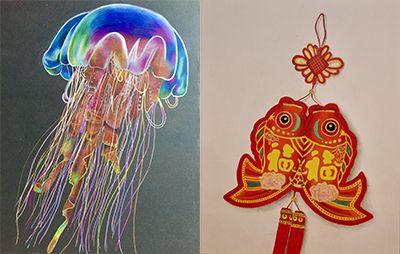 Torreys in the News

2/28/2022
By Jennifer Fogarty, communications content manager
LJCDS students are making headlines for their accomplishments.
We’re bursting with pride and excitement to share students’ achievements. Read about the Torreys who have been recognized in the media recently.
U.S. Presidential Scholars
Congratulations to Vivian Li ’22, Grace Richardson ’22 and Yuxiang Zhou ’22 who were named candidates of the U.S. Presidential Scholars Program. Of the millions of high school seniors across the country, these three students were among approximately 4,000 general program candidates. Application is by invitation only and selection is mostly based on SAT and ACT scores. Semi-finalists are chosen in April and the 161 finalists are announced in May.

National Merit Scholarship Program
Five LJCDS seniors have advanced to become finalists in the 2022 National Merit Scholarship Program: Sohan Chunduru ’22, Khalil Desai ’22, Lucy Jaffee ’22 and Vivian Li ’22. They represent less than 1% of U.S. high school seniors. All scholarship winners will be selected from this group of finalists and are announced in the spring. Merit Scholar designees are selected on the basis of their skills, accomplishments and potential for success in rigorous college studies. Semifinalists announced in September also included Cienna Beard ’22 and Yuxiang Zhou ’22. 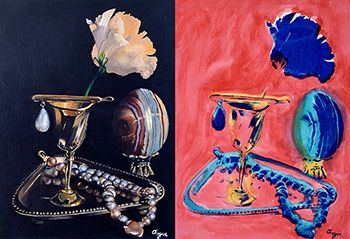 Tens of thousands of young artists and writers submitted their work to be considered in the 2022 Scholastic Art & Writing Awards. Three LJCDS students were among the regional winners. In art, Asya Lyubavina ’22 earned a Gold Key for “The Flower and Pearl Diptych” in the mixed media category and Rachel Yang ’24 earned a Gold Key for “Jellyfish” and a Silver Key for “Fortune & Luck” both in the drawing & illustration category. In writing, Elinor Amir-Lobel ’22 earned a Silver Key for “Rapid Innovation” in the journalism category. The winners will be honored in a virtual ceremony on March 10. Gold Key entries are automatically considered for national awards. The National Medalists are announced in the spring.
Read more in La Jolla Light.

Anthem Awards
Evan Estrada ’23 won a silver medal as Young Leader of the Year in the awareness categories of the inaugural Anthem Awards, a Webby Awards initiative by the International Academy of Digital Arts & Sciences. Evan is recognized for his contributions as a youth ambassador with The Peace Studio through the "Evan Worldwide - Global Youth Perspectives" podcast by bringing awareness to global youth perspectives on conflict, culture and cuisine.

Read more in La Jolla Light and on the Anthem Awards website.
Sports Illustrated
While Jada Williams ’23 is burning up the court, she is also being touted as a trailblazer of a different sort. After signing an endorsement deal with Spalding and Dick’s Sporting Goods, Jada is one of the first high school girls basketball players to sign with a national brand in a name, image and likeness (NIL) deal. Only six states currently allow all high school athletes to sign NIL deals, and Jada is hoping to lead the way for other girls to follow.