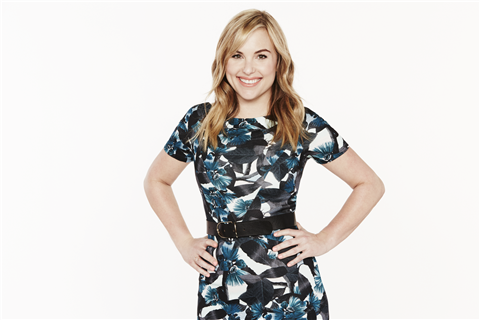 4/5/2017
By Gillian Rose
Hillary Kerr ’97 has been making headlines in the best of ways. In just the past two years she has co-authored a third book, The Career Code: Must-Know Rules for a Strategic, Stylish, and Self-Made Career; celebrated the 10th anniversary of her online fashion and style empire, Who What Wear; successfully launched a continually sold out collection at Target; tied the knot in an exquisite December wedding featured in the New York Times; and earned the distinguished No. 26 spot in Fast Company’s 2017 World’s Most Innovative Companies.

Media mogul Kerr is the co-founder of Clique Media Group, with a growing number of brands—and fans—under its wings: celebrity fashion site Who What Wear, home décor site MyDomaine, beauty site Byrdie, social media destination Obsessee, blogger-centric INF Network and marketing agency CMG Studios. Combining digital content with commerce, Kerr shared in a CNN interview that the possibilities for innovation are endless: “Every day we are creating newness—whether that’s through technology developments, content types or commerce experiences—so it’s simply impossible to be anything other than excited about work.”
Her Who What Wear empire has 13 million unique visitors a month and 40 million followers across all social media platforms. The first capsule of the Who What Wear collection for Target launched in February 2016 in more than 800 stores throughout the country. The line featured cool-girl, high-end styles and trends (think dark florals and sleeveless turtleneck sweaters) alongside wardrobe staples (stripes, blazers and skinny cropped pants). The collection, with new product additions at the start of each month, has been a focus at most Target stores, promoted on their website, and overall coveted since the launch. It’s no surprise, then, that Head of School Gary Krahn reached out to Kerr for guidance on shaping the Upper School dress code!
Upon graduating from La Jolla Country Day School, Kerr earned her bachelor’s degree in British literature from the University of Southern California before heading to New York to earn her master’s in magazine journalism at New York University and begin her first fashion-focused job with Elle magazine. It was only a matter of time before Kerr left the magazine and partnered with fellow Elle alumna Katherine Power to start their own enterprise.
Kerr is coming up on her 20-year class reunion in August 2017.
When asked what was next on her radar, Kerr enthusiastically shared, “We’re launching our first collection of Who What Wear shoes at Target stores and Target.com! The clothing and accessories collection continues to be a great success, and we’re really thrilled to expand the line to include affordable, fashionable footwear.”