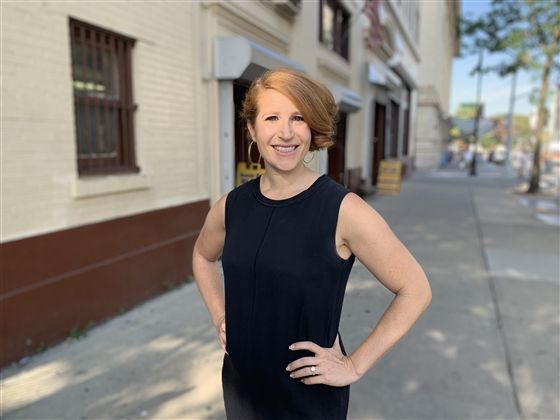 12/10/2020
By Katie Sigeti, philanthropy manager, alumni programs
An alumna founded an independent school with LJCDS as her inspiration.

When Kelsey Jones ’02 was an undergrad at the Wisconsin School of Business at the University of Wisconsin-Madison, she realized that a career in corporate America would not be for her. Switching gears, she applied to Teach for America (TFA), kicking off a career in education. Now, 14 years later, she has founded an independent school of her own.

With TFA, Kelsey taught middle school math in Harlem. It was there that she was first exposed to a world of education vastly different from her experiences as a student at LJCDS. Serving predominantly low-income students of color, the school had few resources, no electives and all teachers were TFA teachers in their first year of teaching.

Witnessing first-hand the inequities her students faced, she saw an opportunity for change. After three years, Kelsey returned to school to earn her master’s in policy and advocacy from NYU. She learned more about systemic racism in the educational system and reflected upon her privilege and her experience at LJCDS. “Every child deserves to receive an education similar to what I received at LJCDS. Specifically, one in which you have incredibly experienced and dedicated teachers, small class sizes, access to amazing extracurriculars, and most importantly, a plan for the future. Unfortunately, though, this educational experience is, too often than not, only afforded to those who are privileged,” she says. Kelsey became a founding teacher at Uncommon Schools, a charter school in Brooklyn serving low-income students of color. After years of witnessing the disparity inherent in the educational systems in which she taught, she and colleague Gabriela Tejedor decided to start a school of their own—one that combated the segregated schooling within New York City by creating a student population with diversity and equity at its core.

Four years and a lot of hard work later, Brooklyn Independent was born—a Brooklyn middle school where students are integrated along racial and socioeconomic lines. Their unique sliding-scale tuition model ensures that the school is accessible to families with a wide range of socioeconomic circumstances.

Kelsey shares that LJCDS served as her source of inspiration. “When thinking of Brooklyn Independent, I immediately thought of my experience at LJCDS, and in particular, how lucky I was to be exposed to so many amazing opportunities,” she says. “Gaby and I wanted to provide similar opportunities and access to all children in Brooklyn. With a mission and focus on diversity and inclusion, Brooklyn Independent was founded to ensure that all families have access to and can afford an excellent education,” she explains.

Now in its second year, Brooklyn Independent is going strong and achieving its mission of having a diverse student body both racially and socioeconomically. Students are receiving a high-quality education that injects love and excitement for learning. Students participate in electives such as tap, debate, theater, photography, art and Latin. They also take a maker class where they are currently building robots. Students are engaged in discussions about current systemic and societal issues, as well as other cultures and cultural practices during their daily Community Meeting. Having opened right before the COVID-19 pandemic hit, the school is navigating uncharted waters and continuing to grow in the process.
Back