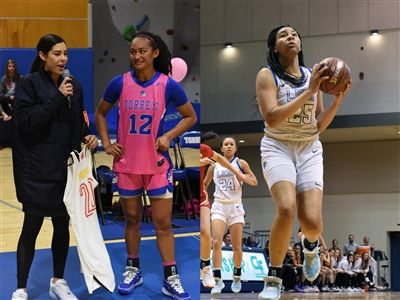 Current player Breya Cunningham (class of 2023) has been selected to the 16-and-younger team. Alumna Te-Hina Paopao, a 2020 graduate now playing at the University of Oregon, has been named to the 19-and-under team. And Kelsey Plum (class of 2013), currently a guard with the Las Vegas Aces of the WNBA, is on the 3 vs. 3 team that will compete in the Tokyo Olympics July 24-27.

Plum, who was a household name in LJCDS basketball during her high school years, was a No. 1 draft pick in the WNBA in 2017. She is one of four athletes who will represent the United States on the women’s 3-on-3 team, along with Stefanie Dolson of the Chicago Sky, Allisha Gray of the Dallas Wings and Katie Lou Samuelson of the Seattle Storm.