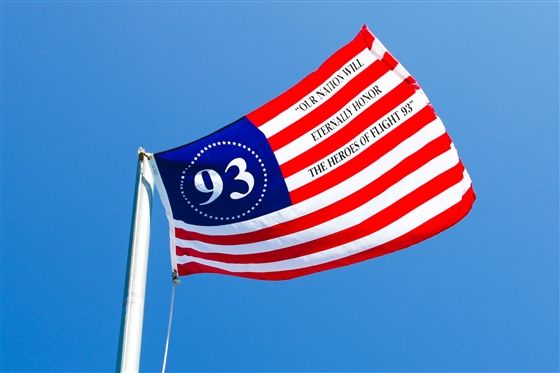 Remembering 9/11 on the 20th Anniversary

9/10/2021
By Jennifer Fogarty, communications content manager
LJCDS remembers an alumna who was lost on Flight 93.
September 11, 2001, is a momentous day in history for our nation. Most adults can remember where they were when they heard the news or how the events of 9/11 affected them personally. For current La Jolla Country Day School students—all of whom were born after 2001—9/11 is considered history.
At LJCDS, our own Torrey, Deora Bodley ’99, was on Flight 93, the fourth hijacked plane. It was estimated to have been headed for the Capitol before it crashed in a field after passengers overtook the hijackers. Deora was returning to California on a standby flight after visiting friends on the East Coast. She was one of 33 passengers and seven crew members who died. Deora was going into her junior year at Santa Clara University.
Over the past 20 years, LJCDS has honored Deora’s life and commemorated 9/11 in various ways—starting the day with a moment of silence, listening to the band play America the Beautiful, and sharing personal stories. Students have created banners thanking first responders and delivered them to local police and firefighters. One year, alumni in the military joined an all-school gathering to honor the lives lost.
The annual Deora Bodley Alumni Association Award for Service recognizes Upper School students who best exemplify the spirit of altruistic service to both LJCDS and the community. Deora, a lifer who joined LJCDS in Pre-K, was passionate about giving back to her community. She gave her time to the Special Olympics, animal causes, literacy programs, breast cancer and AIDS awareness. Deora’s mom, Deborah Borza, returns to campus to present the award.
“Deora was involved in the AIDS advocacy group, community service, basketball and track,” shares Assistant Head of School for Community Engagement Susan Nordenger. “She loved the school and always came back to visit and loved sharing good ideas. Her circle of friends from LJCDS is still so close with one another—and with Deora’s mom.”
A dedicated flagpole and a commemorative plaque honor Deora on the LJCDS football field—a project led by the class of 2012. Each year on the anniversary of 9/11, the Flight 93 national memorial flag, gifted by Deborah Borza, is hoisted up the flagpole. On the plaque is Deora’s journal entry written at 11 years old, “People ask who, what, where, when, why, how, I ask peace.”
In front of the Lower School lives another beautiful tribute, a Flight 93 rose garden, where special hybrid roses bloom in honor of the individuals on that flight. A rose garden resides in the hometowns of every passenger on Flight 93. For the Bodley-Borza family, LJCDS was their home for more than a decade.
Deborah shared a journal entry written by her daughter when she was 13, “If I would just live for the moment and make every moment count, maybe the future would work out. Maybe that moment would be a doorway to the future.”
To learn more about Deora and her mom's efforts to keep her spirit alive, read The Wall Street Journal article or watch the CBS8 news interview.