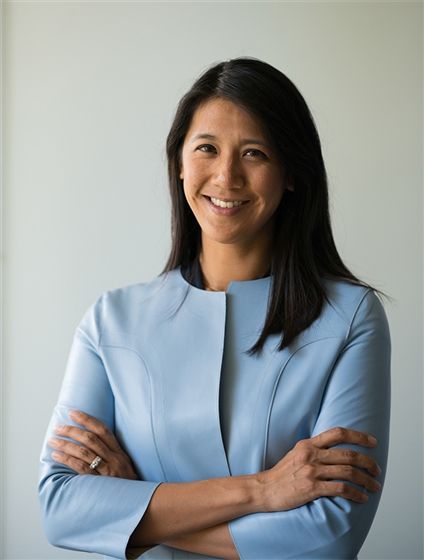 Lifer and alumna Agnes Chu ’98 was recently featured in an article in Variety celebrating her first year as president of Condé Nast Entertainment (CNE), whose magazine brands include The New Yorker, Vogue and Vanity Fair. She spoke about how colleagues and her time at The Walt Disney Company have shaped the work she is doing at CNE ​​as well as on CNE’s efforts towards diversity and inclusion in the company.  Chu joined Disney in 2008 and has held a variety of roles, including digital short-form development and production, current and daytime programming at ABC Entertainment, vice president to the office of the Chairman and CEO of The Walt Disney Company, Bob Iger, story and franchise development executive at Walt Disney Imagineering and most recently, senior vice president of content for Disney+. Chu also focuses on how CNE has taken strides toward diversity and inclusion in the company.

The following is an excerpt from the article, “From ‘The Mandalorian’ to the Met Gala: Former Disney Exec Agnes Chu is Revolutionizing Condé Nast Entertainment.”

On the second Monday of September, just one week ahead of her one-year anniversary as president of Condé Nast Entertainment, Agnes Chu attended her first Met Gala. She walked the red carpet outside New York City’s Metropolitan Museum of Art. Inside, she sat at a table opposite Elon Musk, where she took in a tribute to Broadway and Justin Bieber’s “jaw-dropping” live performance. She also had a bit of a “geeky girl” reaction when meeting “Game of Thrones” stars Kit Harington and Rose Leslie.

But beyond the glitz and glamour of celebrity run-ins, Chu’s first Met Gala held larger significance. The function doubled as a litmus test for the new global content strategy of Condé Nast Entertainment, the multimedia arm of the storied magazine company — which counts Vogue, Vanity Fair, The New Yorker and Wired among its Tiffany brands — and is focused on targeting audiences any way they can be reached, via the pages of magazines or social media, in movie theaters or across streaming platforms.

Click here to read the full story in Variety.