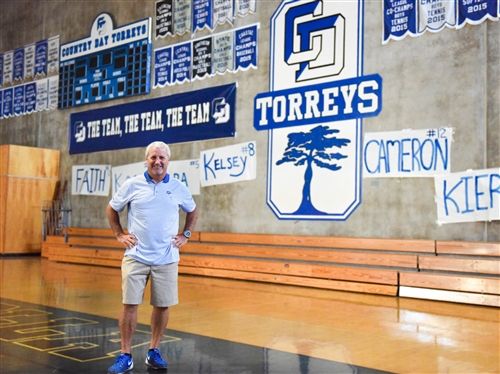 Lessons Learned From This Football Season

3/8/2018
By Jeff Hutzler, director of athletics
The championship games of the 2017-2018 college football and NFL seasons were extremely exciting and fun to watch. The games have quickly become a part of sports legend. In the University of Alabama vs. University of Georgia game, a freshman backup quarterback came off the bench at halftime to lead Alabama to a comeback win over Georgia. And a backup quarterback was selected MVP of the Super Bowl after leading the Philadelphia Eagles to a 41-33 upset over the seemingly unbeatable New England Patriots.

These two great games were more than just fun to watch, they contained two important lessons, lessons that transcend football and that all LJCDS student-athletes would be better for learning: Be ready when your number is called, and always support your teammates.

Over 30 million college football fans watched as Alabama’s freshman from Hawaii, Tua Tagovailoa, replaced starter Jalen Hurts at halftime with the Crimson Tide down 13-0. Tagovailoa was spectacular in leading the team to a 26-23 come-from-behind win and a national championship. Although he was only a freshman playing on college football’s biggest stage, the moment was not too big for him. He had prepared all season as if he was the starter. He developed a close relationship with Hurts, learning all he could from him. And when Tagovailoa was given his chance, just after halftime, to play in the biggest game of the year, he was ready.

Equally as spectacular was the way Hurts reacted to being benched. He could have chosen to be upset. After all, he was 24-2 as Alabama’s starter and had led them to an undefeated regular season, throwing for 17 touchdowns against only one interception (and running for eight more touchdowns). Additionally, he had quarterbacked the team to a semi-final playoff win over last year’s national champion, Clemson. But Hurts was not visibly upset. He stayed positive and engaged in the game and took every opportunity to support his teammate. And when the game was over, his celebration of the win was as genuine as that of any other Alabama player.

Nick Foles had been a wildly successful quarterback in college and in the NFL. He was the Pac 12’s top-rated passer in 2011 while at the University of Arizona and went to the NFL’s Pro Bowl in 2013, throwing for 27 touchdowns with only two interceptions for the Eagles that season. In 2017, Foles was asked to back up young star quarterback Carson Wentz, the Eagles’ second overall pick in the 2016 draft. Foles did it with grace. He supported Wentz at every turn, often lending advice and allowing the younger player to benefit from his experience. And when Wentz’s MVP-type season was cut short with a knee injury with three games remaining, Foles was ready. He stepped in to lead his team to three late-season wins, two playoff wins, and a Super Bowl Championship in which he threw for 373 yards and three touchdowns. And he was the first quarterback in Super Bowl history to catch a touchdown pass using a trick play that he executed in high school and brought to the Eagles.
Hurts and Foles, each great athletes and fierce competitors, were asked to support teammates, and they did so eagerly. They willingly put the needs of the team before their own desires. Foles and Tagovailoa were thrust into starting roles at pinnacle moments and both were prepared to shine. They hadn’t wasted their time as backup players stewing, blaming others or complaining; they worked hard to be prepared and did all that they could to help the players in front of them, and their teams, play at the highest levels possible. All three of these young men are to be admired for their selflessness, and they serve as outstanding role models for LJCDS student-athletes.