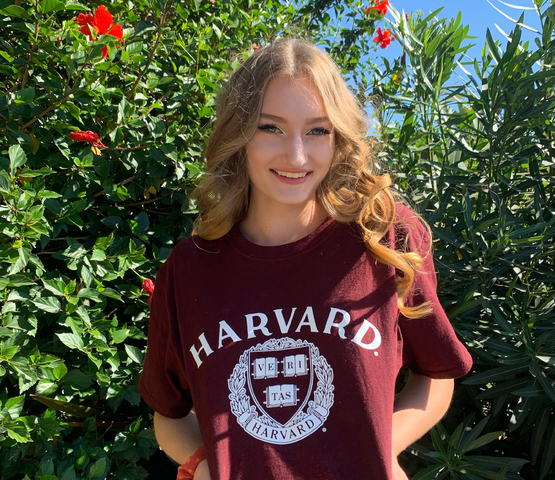 6/5/2020
By Lucy Jaffee ’22
A graduating senior excels in athletics and the design and innovation field.

Not only is she a star on the varsity women’s volleyball team, but senior Nicole Prescott ’20 also maintains a strong presence in the Design and Innovation Lab and works to increase female involvement in this historically male-dominated field.
Design and innovation was unfamiliar to Nicole until her freshman year at LJCDS. She was initially reluctant to try STEM courses because her sights were set on becoming an English major. After encouragement from her mom, Nicole stepped outside of her comfort zone and joined the innovation elective in her sophomore year. It was the beginning of her enriching experience in design and innovation and pursuing a newfound passion.
Nicole joined the robotics team in junior year and won first place in the Sumo Battle Bot Contest, Tennis Ball Launcher Contest and Racing Robots Contest. She also placed first with the Torrey Techies Robotics team at the California Interleague Meet and with her team, earned the Control Award for the autonomous driving and programming of the robot at the Tech Challenge League Meet.
“It’s really easy to do well in a class if you don’t doubt yourself so much,” Nicole shares. She credits her success to this mentality and the support of LJCDS educators. Since taking her first innovation course, Nicole joined an inclusive community orchestrated by design and innovation teachers Mr. [Dan] Lenzen, Mr. [Tomas] Robinson and Mr. [Darren] Cameron. “They have done a tremendous job really, in helping me realize that was my passion,” she says. Additionally, Nicole shares that all three educators have sought to make sure STEM was a welcoming and equal environment and encouraged her, and other girls, to continue on this path.
Nicole has taken just about every advanced class offered in design and innovation and computer science and is a member of the Design and Innovation Fellowship program. She is a roboticist, entrepreneur, computer scientist and engineer. She set goals and leveraged all of the resources that LJCDS has to offer. Additionally, Nicole is involved in community service and was inducted into the Cum Laude Society and National Art Honor Society.
Outside of academics, Nicole is a skilled athlete. She began playing volleyball at 9 years old and has developed an extraordinary work ethic from balancing school and sports from an early age. Nicole is accustomed to working hard on and off the court and staying disciplined.
“Volleyball has made me a much more hardworking person. I definitely wouldn’t be the same without it,” Nicole explains.
Nicole was selected as one of only eight members in the country for the Volleyball Academic All-American Team. She’s a two-time team captain who led the varsity volleyball team to 23-7, no. 5 in San Diego and no. 34 in California, and was selected 1st Team All-Coastal League and 2nd Team All-CIF and the Coastal Conference Female Scholar-Athlete of the Year.
She is really appreciative of her parents, who have constantly supported her love of volleyball, something that she has always enjoyed. Additionally, volleyball has given Nicole a “second family” who immediately made her feel welcome when entering LJCDS as a new student freshman year.
Nicole will continue her volleyball career at Harvard University and plans to major in biomedical engineering.
Back