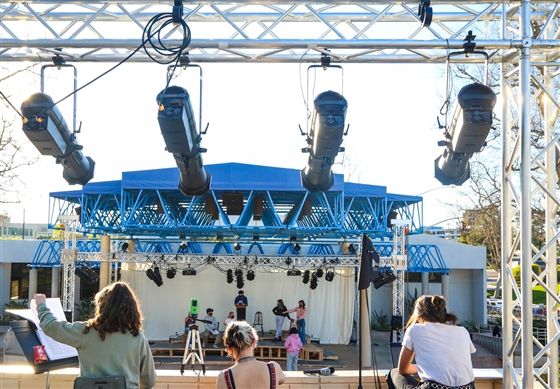 The Show Must Go On: The Laramie Project

2/23/2021
By Jennifer Fogarty, communications content manager
Students rallied to produce a play in-person during COVID.
COVID has shut down theaters, museums, restaurants, malls, schools, zoos and more. It was only a week after the Upper School musical in 2020 that the LJCDS campus closed and the school shifted to e-learning. Back on campus this year, students were determined to discover a way to safely produce a play for spring 2021. Being in San Diego with good weather coupled with having an outdoor theater has its perks. LJCDS students have been busy rehearsing and building a set outside in preparation for a performance of The Laramie Project in the Amphitheater.
The Laramie Project tells a story about coming to terms with how to move beyond hate and how love survives in a community’s face of hate. In the aftermath of Matthew Shepard’s brutal beating and murder in 1998, members of a New York theater company interviewed the residents of Laramie, Wyoming, where the anti-gay hate crime took place. The interview was transformed into the script of this documentary theater-style play.
“What has struck me every time I’ve read the script is the play itself does not judge any of the characters,” shares Middle and Upper School Performing Arts Educator Robert Wagner. “It’s relevant to what we're experiencing right now in the world. It gives a voice to those people who feel like they don’t have a fair say or are being silenced.” 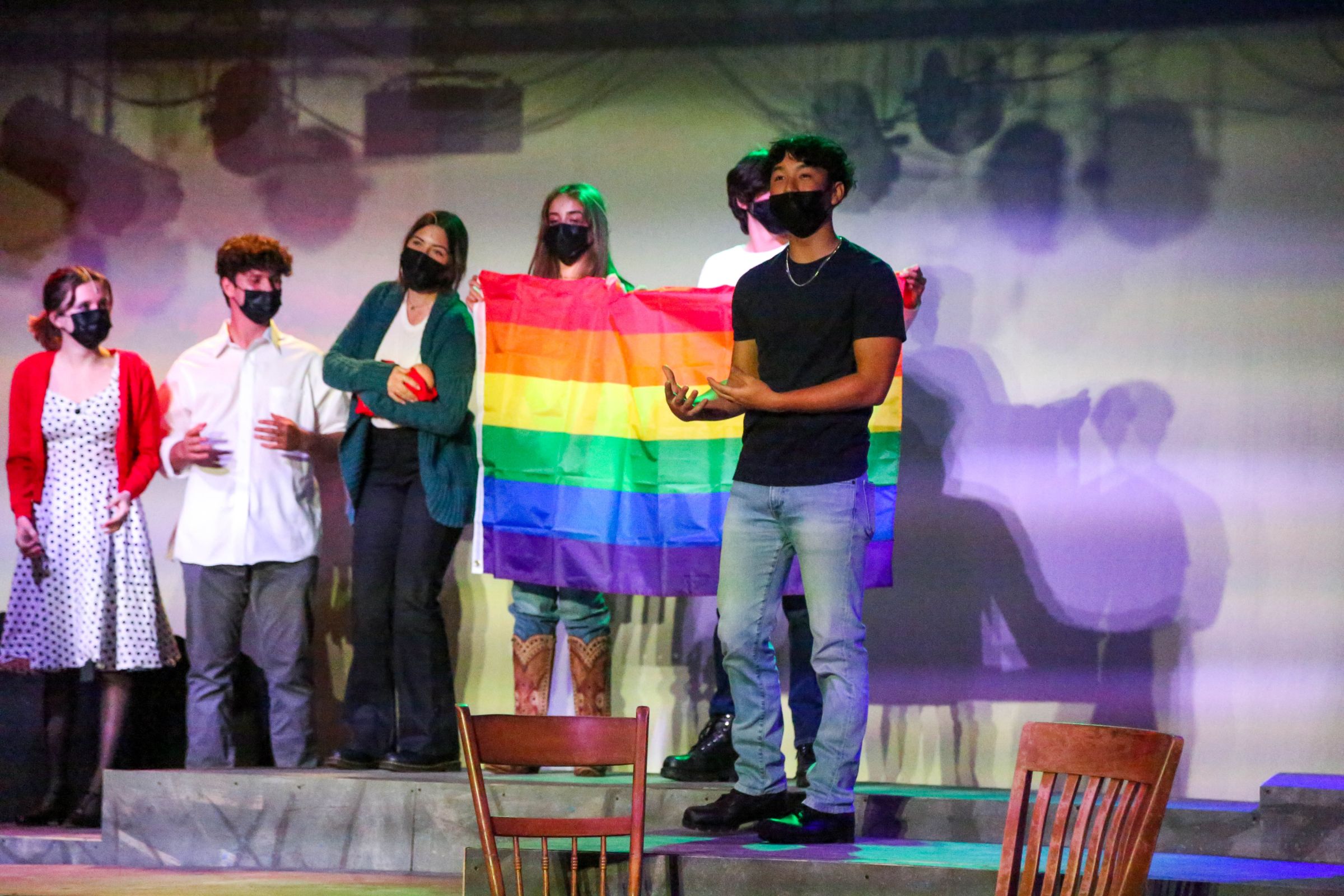 Upper Schoolers in Play Production, Honors Play Production, Production Design and Intro to Technical Theater collaborated to tell this story of human compassion. And in doing so, they have gained a new set of skills due to COVID-19 protocols. The main change this year is a shift in venue from the Four Flowers Theater to the Amphitheater.
While Mr. Wagner and Middle and Upper School Technical Theater Educator Mike Peveich are serving as advisors, this production is entirely student-led—lights, sets, sound, directing and acting. Dallas Fadul ’21 designed the set, Audrey Bergan ’23 designed the lighting, and Gabi Herman ’23 managed the stage. Students control the design elements and have collaborated among the classes to bring new ideas to life or discuss how changes may affect lighting, staging, actors, etc.
“Every show at LJCDS has taught me patience, perseverance and how to compromise,” shares Dallas. “I’ve never thought about having to make intense adaptations for my set based on the space that we are in. The Amphitheater is incredibly complicated to work on and has caused me to take things into consideration that I never have before. For example, we don’t have much height to work with, so I have to find ways to accomplish my desired look while still keeping the set short.”

Other new challenges this year include building a lighting grid because the Amphitheater has no lighting infrastructure; actors will be wearing microphones because performing outside and wearing masks will make it hard to project their voices; and staging decisions will be based on the three cameras used for the live stream.
“What I’m most proud of is the trajectory of our theater program and the drama department,” shares Mr. Peveich. “It is just a vertical line upwards. The students are leveraging all the opportunities they have at the school to make our program incredible. I see the level of care that these kids are putting into the performance, and they’re really conscientious about the work that they’re doing. I think that just goes to show the level of the program that we have and that we’re building, and we will continue [to build].”
This PG-13 performance will take place on March 5 and 6 via live stream. A very limited number of attendees (faculty/staff and students only) will see the show in person on March 5. 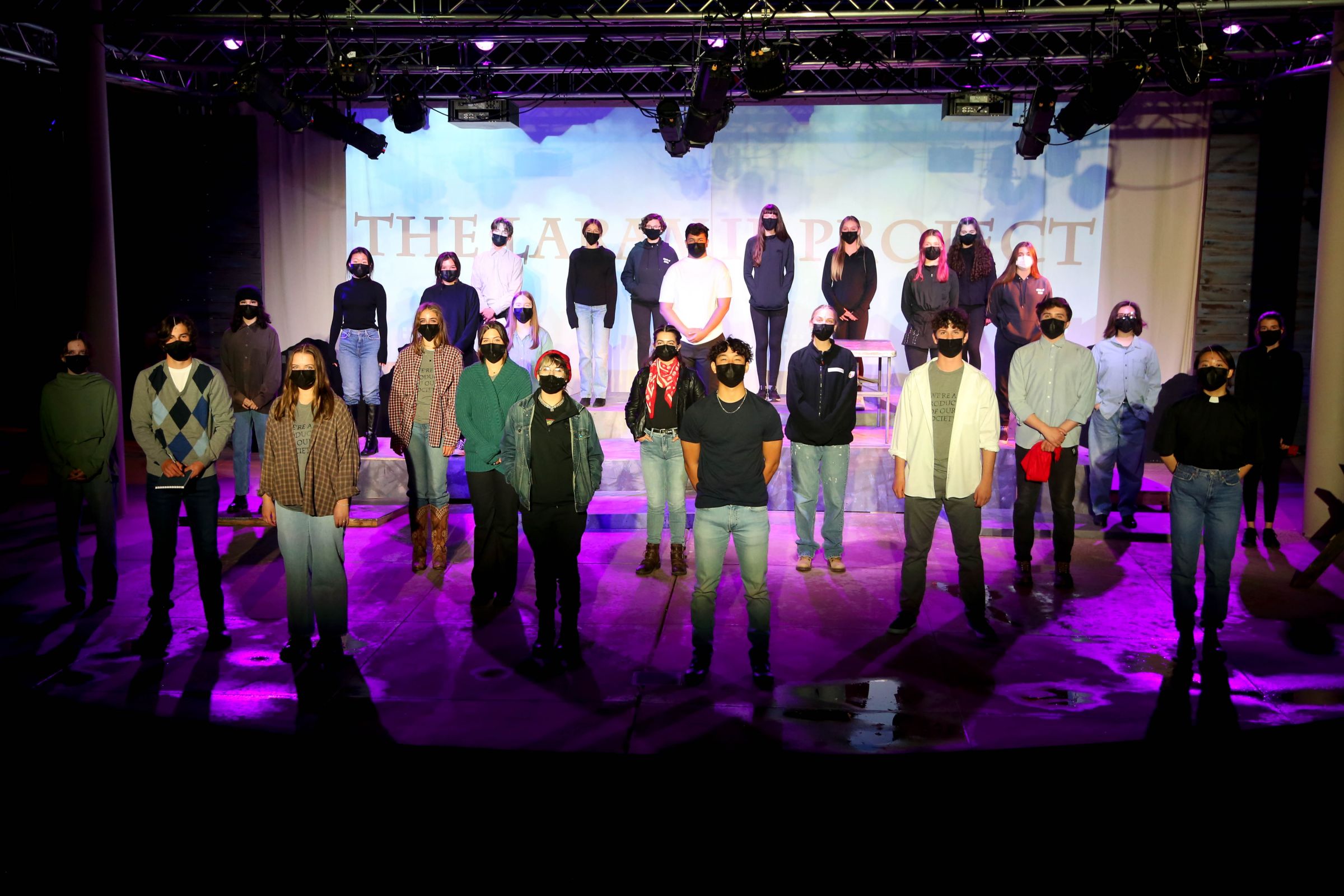