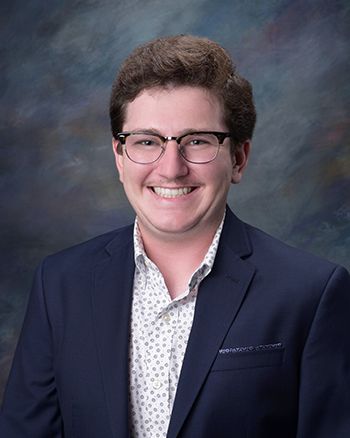 Charting a Path in Engineering

3/18/2022
By Sarah Hall, writer
Senior Nano Goldman sets his sights on the future thanks to skills honed in the Innovation Lab.
Nano Goldman ’22 says LJCDS’ Innovation Lab feels like his second home. And, since taking his first class in the space in seventh grade, it’s not far from the truth.

There, with the guidance of teachers like Dan Lenzen, director of design and innovation, and Robin Robinson, the lab’s supervisor, he’s cultivated his own intellectual curiosity around solving problems and developing solutions. And, with the lab’s soldering stations, 3D printers, laser cutter and other tools, he’s honed the hands-on skills required to turn those ideas into real-world applications.

Last summer, Nano secured an engineering internship at Taoglas, a global technology and engineering firm with an office in San Diego. He was tasked with soldering, assembling, designing, modeling and simulating antennas, as well as testing antennas in the anechoic chambers. “They gave me more responsibilities than some of the college interns because I had more hands-on experience with soldering and wiring electronics, all the skills that the Innovation Lab provided me,” says Nano, who has continued to work at Taoglas throughout his senior year.

Nano earned that internship in an unlikely way these days—by sending out paper letters of interest via snail mail to San Diego-area engineering firms. And while he told potential employers that he didn’t think he had much to offer, his experience was hardly lacking because of his work at LJCDS and in the Innovation Lab.

As a sophomore, he won Scholastic’s Innovators of Tomorrow contest, which required students to solve a problem using advanced manufacturing. Nano proposed carbon fiber reinforced concrete panels that could be used to quickly produce safe structures for people in disaster areas.

He won LJCDS’ Rostam Reifschneider ’17 Endowed Award for Leadership, Innovation and Entrepreneurship, which he used during his junior year to study and explore autonomous vehicle design and various technologies used in autonomous navigation.

As part of Upverter’s 2021 Innovation for Environmental Change PCB Contest, Nano was the leader of a school group that designed a printed circuit board (PCB) attached to a drone to help predict sea cliff erosion.

Along the way, Nano also has worked to ensure his classmates take full advantage of the Innovation Lab’s resources. Since his sophomore year, he has developed and taught multiple Flex Time offerings, teaching students how to operate the lab’s tools and technology. “I really enjoy giving back to the school and giving back to the students,” he says.

Next year, Nano will be studying engineering and business at Northwestern University. As he conducted his college search, he had a good idea of what he wanted, including a space like the Innovation Lab. He found it at Northwestern’s “The Garage.” There, he looks forward to exploring this sprawling space designed for student entrepreneurs. In other words, he may have just found his new second home.
Back